US encouraged pope to open up towards Islam and Turkey 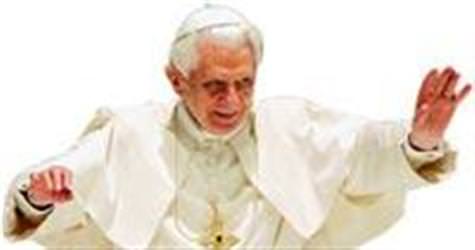 The United States initially saw Pope Benedict XVI as a 'eurocentric' pontiff who was 'unlikely to cut a prominent figure on the world stage,' according to WikiLeaks documents published Thursday.

The confidential US diplomatic cables obtained by the whistleblower website were quoted by the Spanish daily El Pais.

German-born Benedict XVI would face a 'steep learning curve' on international issues, US diplomats wrote after the then cardinal Joseph Ratzinger was elected pope in 2005.

Some of the cables focus on a 2006 academic lecture given by the pope, who quoted a 14th-century Byzantine emperor saying that the Muslim prophet Mohammed had brought 'only evil and inhuman things.' The quote sparked furious criticism in the Muslim world.

'It taxes the imagination' to suppose that such a reference by the pope 'would pass unnoticed,' a US diplomat wrote.

According to his assessment, the pope made the reference on purpose, but without foreseeing the consequences, which were followed by apologies by the Vatican.

The pope's 'approach toward Islam and toward inter-religious dialogue is cooler than that of his predecessor' John Paul II, the diplomat observed.

The controversy was followed by the pope's trip to Turkey, during which he toned down the uneasiness he had expressed about Turkey's eventual European Union membership while he was still a cardinal.

The Vatican's official stance now is, that it is not opposed to the membership as long as Turkey meets EU conditions including religious freedom for its Christians.

The Vatican agreed with Washington that the possibility of Turkey - a US ally - joining the EU had the potential to promote greater rights for religious minorities in the country, US diplomats wrote.

Unofficially, however, top Vatican officials told diplomats they were skeptical about Turkey's commitment to religious freedom.

'The Holy See does not believe theological agreements with Islam are possible, but is convinced that better mutual knowledge will allay suspicions and facilitate peaceful co-existence,' US diplomats wrote in 2009.