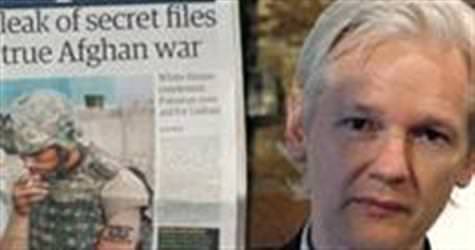 "Sensitive and classified documents" on Israel's 2006 war on Lebanon and January's assassination in Dubai of Hamas militant Mahmud al-Mabhuh would be released, Assange told Al-Jazeera in an interview.

Assange said WikiLeaks had 3,700 US documents on Israel, including 2,700 originating from the Jewish state, but denied the website had any agreement in place to spare the country of leaks.

"We do not have any secret deals with any country," he said according to an Arabic translation of remarks he made in English which were posted on Al-Jazeera's website.

"We do not have any direct or indirect contacts with the Israelis," Assange is quoted as saying, adding no more than two percent of available documents on Israel have been released so far.

Some of Israel's neighbours, most notably Turkey, have expressed unease at the lack of leaks the whistleblowing website has released on the Jewish state.

Israel fought a devastating one-month war with Lebanon's Shiite movement Hezbollah in the summer of 2006 that killed more than 1,200 people in Lebanon, most of them civilians, and 160 Israelis, mainly soldiers.