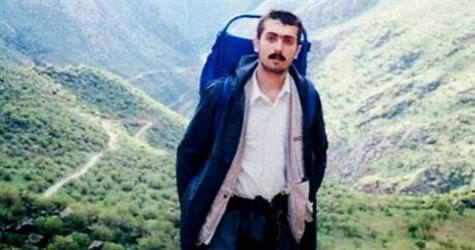 Iran called a last-minute halt on Sunday to the execution of a Kurdish student activist convicted of "waging war against God" for supporting an anti-government group, his lawyer was quoted as saying.

"We were informed that Latifi was going to be executed on Sunday at dawn...but his execution has been stopped for further review of the case," the student news agency ISNA quoted lawyer Nemat Ahmadi as saying.

"He was sentenced to death for backing the PJAK group."

The Party of Free Life of Kurdistan (PJAK), is an offshoot of the Kurdistan Workers Party (PKK) which took up arms in 1984 for an ethnic homeland in southeast Turkey and northwest Iran.

Opposition websites said Latifi was sentenced to death for "involvement in terrorist acts and membership in an armed opposition group" in the northwestern Kurdish city of Sanandaj.

Under Iran's Islamic law, waging war against God, or "moharebe," is punishable by death.

Iran sees PJAK, which seeks autonomy for Kurdish areas in Iran and shelters in Iraq's northeastern border provinces, as a terrorist group.

Like Iraq and Turkey, Iran has a large Kurdish minority, mainly living in the northwest and west of the country.

At his trial, the government said Latifi was involved in several terrorist acts, including an attempt to assassinate a prosecutor and an attack at a police station in the western province of Kurdistan, Human Rights Watch said.

His death sentence has been upheld by the Supreme Court but his lawyer said he hoped it sentence would be commuted.

"We had urged the judiciary chief to use his authority and halt the sentence based on Latifi's request," Ahmadi said.

"Iran's Supreme Leader Ayatollah Ali Khamenei has the legal right to pardon Latifi...We are hoping for a lighter sentence."

Rights groups had called for a halt to his execution, asking for the case to be reviewed by an independent judge.

Iran accuses the United States, Britain and Israel of trying to topple the clerical establishment by supporting "anti-revolutionary" groups. The three countries deny the claim.

"A person who had been charged with conducting espionage for the Zionist regime (Israel) has been sentenced to death by the Revolutionary Court," Dolatabadi said.

"God willing the details of the person will be announced once the verdict is upheld by the Supreme Court."

Iran said on Oct 3 it had arrested several people it believed were spying on its nuclear facilities. Monday's report did not make clear whether the individual was one of the five.

Under Iran's Islamic Sharia law, espionage can be punishable by execution.

Iran is at odds with the West over its disputed nuclear activities, which the United States and its allies say is aimed at building bombs. Iran denies this.