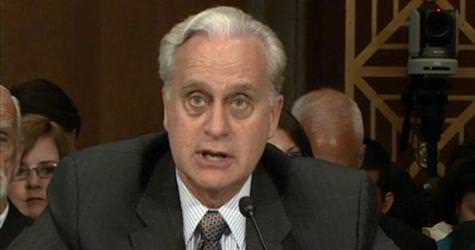 All three countries are seen as vital to U.S. interests -- Azerbaijan for its gas reserves, Turkey as a NATO ally and frontline state in efforts to contain Iran, and Syria, which Obama has sought to engage despite conflicts over its role in Lebanon, for its ties to Iran and its support for Hamas.

All three are career diplomats whose nominations would ordinarily be expected to move through the U.S. Senate -- which under the Constitution has the right to reject the president's nominations -- without controversy.

But in the case of Ford representing the United States in Syria, his nomination appears to have foundered amid concerns that Damascus may have sought to transfer Scud missiles to Lebanon's Hezbollah.

Representative Ileana Ros-Lehtinen, an influential Republican who will chair the House of Representatives' Foreign Affairs Committee from January, criticized the move.

"Making underserved concessions to Syria tells the regime in Damascus that it can continue to pursue its dangerous agenda and not face any consequences from the U.S.," she said in a statement.

Ros-Lehtinen has no direct influence on Senate nomination decisions as a member of the House but her comments reflect Republican concerns.

Congress is now in recess. When it returns in January, Republicans will have greater strength in the Senate after November's elections dented the majority of Obama's Democrats and put his party in the minority in the House.

Obama, who is on holiday in Hawaii, also named Norman Eisen to be ambassador to the Czech Republic. Eisen had worked as an assistant to Obama on ethics and government reform since the beginning of the president's term in January 2009.

A Senate source who spoke on condition of anonymity said the recess appointments for the three ambassadors were likely to last for a year.

The White House is vexed by what it sees as unnecessary and unprecedented Republican-led delays in getting nominees for administration posts confirmed.

An official said the nominees named Wednesday, six in total including posts such as deputy attorney general, had been pending for an average of 147 days or almost five months.

(Reporting by Jeff Mason in Honolulu; Additional reporting by Richard Cowan and Arshad Mohammed in Washington; Editing by John O'Callaghan)