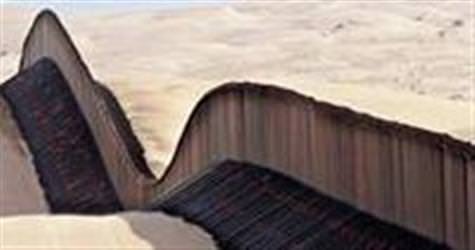 Greece on Saturday announced plans to build a barrier along its border with Turkey in a bid to stem the flow of illegal immigrants into the European Union.

"The Greek public has gone beyond its limits in terms of its capacity to welcome illegal migrants. Greece cannot take it any more.... We plan to build a barrier on the land border to block unauthorised immigration," the country's immigration minister, Christos Papoutsis, told Greek news agency Ana without providing any details.

It was the first time Papoutsis raised the idea of building a barrier along the country's 150-kilometre (93-mile) land border with Turkey, which has become the main route for illegal migrants to enter the European Union, with almost half of detected illegal entries.

From January to the beginning of November, 32,500 illegal migrants were intercepted in a single 12.5-kilometre (7.8-mile) stretch of the border along the Evros river.

More than 200 guards with European border agency Frontex were deployed in the area in November, which the agency said led to a 44 percent drop in the number of illegal entries.

The UN High Commissioner for Refugees has repeatedly urged Greece to ensure its efforts to fight illegal immigration do not harm legitimate asylum seekers, including Afghans, Iraqis and Somalis, who are often among migrants crossing at its border.