“Istanbul is the last chance for the West” 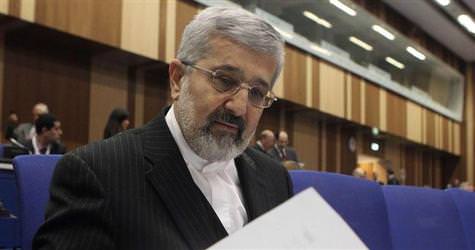 Iran has announced that in terms of nuclear negotiations with Iran, the deliberations to be held in Istanbul will be the last chance for the West.

The Iranian administration has announced that the meetings to be held in Istanbul on January 21st and 22nd regarding Iran's nuclear program may be the last chance for the West.
Iran has issued a warning prior to the nuclear talks to be held in Istanbul.
The Tehran administration states that nuclear negotiations with Western countries to be held in Istanbul on January 21st-22nd may be their last chance.
The announcement was made by Iran's International Atomic Energy Agency ambassador Ali Asghar Soltanieh.
In his statement, the Iranian official emphasizes that they may not be willing to sit down at the negotiation table with the West again when they reach the capacity of being able to produce their own nuclear fuel.
Soltanieh states, "In this case, the parliament will not allow for uranium to be sent outside of the country."
"Therefore", the Iranian official underlines, "the meetings in Istanbul with Western nations may be the last chance to hold negotiations."