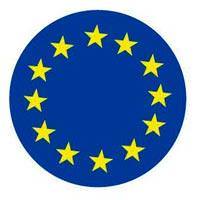 Turkey takes the top spot amongst nations to have received the highest number of judgments in 2010 by the European Court of Human Rights.

According to ECHR President Jean Paul Costa, who held a press conference yesterday to discuss the cases handled in 2010, at least one item in the European Human Rights agreement was violated in 278 cases against Turkey.
Turkey was followed by Russia with 217 cases, Romania with 143 cases, Ukraine with 109 cases and Poland with 197 cases. Out of European nations, Italy was the highest 'violator' ruled on infringements on at least one item in 98 separate cases.
Costa also expressed that the number of applications received in 2010 compared to the year prior had increased by seven percent. Costas went on to explain that with the increasing number of work volume, reforms within the ECHR are inevitable.
The ECHR Chairman also announced that they would be handling the issue of reforms during a meeting which will be held in Izmir in April.