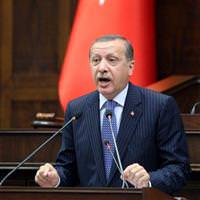 Egyptian President Hosni Mubarak should listen to the demands of his people, Turkey's Prime Minister Tayyip Erdogan said on Tuesday, as mass protests continued in Cairo against Mubarak's rule.

"Listen to people's outcries and extremely humanistic demands," Erdogan said in a televised address to members of the ruling AK Party. "Meet the freedom demands of people without a doubt."

Erdogan, whose country is often held up as a model for democracy in Muslim nations, went on to say the solution to political problems lay in the ballot box.

Turkey's diplomatic clout in the Middle East has risen in the past few years, as its past friendship with Israel has dwindled.