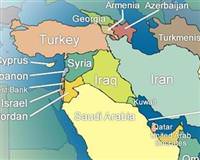 Politicians and pundits wondering if Islamists will soon take power in Egypt or Tunisia might usefully ask first what the term "Islamist" means and what the Muslim leaders it describes say they want to do.

"Islamist" denotes an ideology that uses Islam to promote political goals. But it is so broad a term that it can apply both to Shi'ite Iran's anti-Western theocracy and to pro-business Sunnis trying to get Turkey into the European Union.

While the politically charged word can evoke violent action, such as that of Osama bin Laden's al Qaeda, many Islamists say they abhor the use of force and want to work within the law.

"We have to distinguish between different combinations of Islam and politics," said Mustafa Akyol, a columnist in Istanbul. "A party can take its values and inspiration from Islam but still accept a secular state."

Noah Feldman, a Harvard University expert on Islamic law, said taking part in democratic politics can change Islamist parties, citing the AK Party in Turkey that came to power in 2002 after scrapping its ideal of creating an Islamic state.

"Once in power, you can no longer rely on slogans or ideology for votes, you actually have to deliver things," he said. "They've done an extraordinary job of that."

Egypt's Muslim Brotherhood and the Islamist Ennahda ("Renaissance") party in Tunisia have so far not been able to operate in open political systems, so their professed commitment to democracy has not yet been tested in daily practice.

Their programs reflect a more moderate approach, however, than those of Lebanon's Hezbollah, the Palestinian Hamas or Iran.

At one end of the spectrum of Islamisms stands Iran, where the 1979 revolution overthrew Shah Reza Pahlevi and made the top Shi'ite religious hierarchy the ultimate power in the country.

The Supreme Leader, now Ayatollah Ali Khamenei, is more powerful than the president and appoints heads of the military, judiciary and the Guardian Council that oversees political life.

Hezbollah and Hamas are classified as terrorist groups by the United States, not because they are Islamist but because they advocate armed struggle, especially against Israel.

In the middle of the Islamist spectrum is a variety of parties as politically active as their mostly undemocratic countries allow. Social welfare work, a prominent element in Islamist action, is one way they win popular support.

Egypt's Muslim Brotherhood, the oldest of them all, began in 1928 advocating a fully Islamic state. However, it has softened that over the past few decades of banned but unofficially tolerated political activity under President Hosni Mubarak.

As the main opposition party, it is set to play a prominent role in post-Mubarak Egypt, but its cautious leaders say they do not want to lead any new government.

Akbar Ahmed, a Pakistani-born professor of Islamic studies at the American University in Washington, doubted the Brotherhood would hijack Egypt's uprising to create a theocracy.

"An Iranian revolution is not possible in a Sunni country," he said, since clergy play a far smaller role than in Shi'ism.

Another long-established Islamist party, Jamaat-i-Islami in mostly Sunni Pakistan, scores only single-digit results at the polls despite the strong role religion plays in politics there.

Rachid Ghannouchi, leader of Ennahda in Tunisia, has long advocated more liberal policies than the Brotherhood.

He supports full political rights for all citizens, for example, unlike the Brotherhood that wants to bar non-Muslims and women from top posts such as Egypt's presidency.

Turkey's Justice and Development Party (AK) dominates the other end of the spectrum and has become the leading model for Islamists who want to combine faith and parliamentary democracy.

First elected in 2002, Prime Minister Tayyip Erdogan has focused far more on reforming the economy than on passing laws to please the more Islamist wing of his supporters.

The AK's opponents accuse it of pursuing an Islamist agenda by stealth. But the party, which plans to redraw the constitution if it wins a third term at elections in June, denies any plan to roll back the secularist principles of the state.

Forerunners of the AK Party were more ideologically Islamic, like the Muslim Brotherhood, but Erdogan turned it into a conservative party inspired by Muslim values, something akin to the Christian Democratic parties popular in post-war Europe.

Islam is more visible now in officially secular Turkey than before Erdogan -- headscarves are more common, for example -- but that comes more from a new and more religious middle class than any laws the AK Party majority in parliament has passed.

"These cultural differences are related to religion but it's too simple to reduce them to religion," Feldman said.