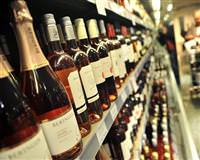 Failure to tackle Britain's persistent alcohol problem could lead to hundreds of thousands more people dying from liver disease in the UK than in many other European countries, health experts said on Monday.

Accusing British ministers of pandering to drinks producers, leading doctors said France had seen "phenomenal success" in cutting death rates, partly by curbing availability of cheap alcohol, while in the UK, the alcohol industry and retailers "are reliant on people risking their health to provide profits."

In a worst-case scenario, up to 250,000 extra lives could be lost in England and Wales alone due to alcohol over the next 20 years unless tougher restrictions are introduced, they wrote in a report in The Lancet medical journal.

"How many more people have to die from alcohol-related conditions, and how many more families devastated by the consequences before the government takes the situation as seriously as it took the dangers of tobacco," said Ian Gilmore, the former president of the Royal College of Physicians, who co-wrote the report with Nick Sheron of Southampton University and Chris Hawkey of Nottingham University.

"We already know from the international evidence that the main ways to reduce alcohol consumption are to increase the price and reduce the availability of alcohol, yet the government continues to discuss implementing marginal measures while ignoring this evidence."

According to the experts, Britain, The Netherlands, Sweden, Norway, Australia, and New Zealand have similar cultures, genetic backgrounds and alcohol drinking cultures -- and, until the mid-1980s, also had similar death rates from liver disease.

But while liver death rates in most of these countries have remained low since then, the rate in Britain has more than doubled from around 4.9 per 100,000 people to 11.4 per 100,000 currently.

Using data from the Office of National Statistics for alcohol-related liver deaths in 2008 as the baseline, they mapped out a best-case scenario under which liver deaths would decline at the same gradient as in France, leading to 22,000 fewer such deaths in total in Britain by 2019

Over 20 years, the difference between the scenarios would be 77,000 liver deaths, they said, and 80 percent of them would be in people aged under 65.

Going beyond liver deaths to take account of the wider harms from alcohol, a "conservative estimate" of the difference between best and worst case scenarios would be between 160,000 and 250,000 lives lost or saved over 20 years, they said.

The experts said it was "relatively straightforward" for governments to control alcohol consumption, by using price hikes, changing where it is sold, and controlling promotions.

Britain's government has promised to ban the sale of alcohol below cost price and increase taxes on some of the strongest beers, but Gilmore and colleagues said these steps would be "inconsequential because of the tiny fraction of sales that fall into either category."

"These policies suggest ... the government remains too close to industry and lacks clear aspiration to reduce the impact of cheap, readily available, and heavily marketed alcohol on individuals and society," they wrote.