Erdogan to miss EU meeting due to funeral 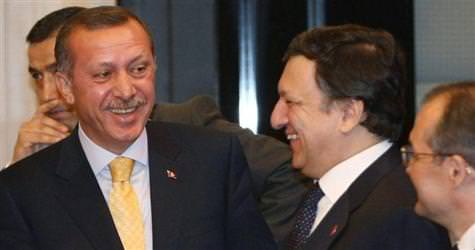 Erdogan, currently in Germany where he is scheduled to meet Chancellor Angela Merkel on Monday, will return to Turkey for the funeral of former Turkish Prime Minister Necmettin Erbakan, the founder of Turkey's modern Islamist movement.

Turkish media said the funeral of Erbakan, who died on Sunday aged 85, would take place on Tuesday. A German government spokeswoman said she was not aware of any changes to the scheduled appointment with Merkel. Barroso's spokesman said his office hoped to arrange a meeting later in the week.
Last Update: Feb 28, 2011 9:08 am
RELATED TOPICS