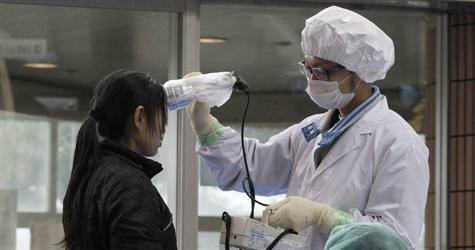 Conditions at a stricken nuclear power plant in Japan have deteriorated so much that there is a growing consensus the crisis is greater than the Three Mile Island accident in 1979, and there are fears that it could get significantly worse.

Academics and nuclear experts agree the problems at the Fukushima Daiichi reactors are grave, and the solutions being proposed are last-ditch efforts to stem what could well be remembered as one of the world's worst industrial disasters.

All six reactors at the complex have problems -- be it blown-out roofs, potentially cracked containment structures, exposed fuel rods or just the risk of explosion that has been great enough to force emergency measures.

Of particular concern are a fire in a massive pool holding spent atomic fuel rods and a blast at the building housing the pool and reactor No.4. The pool is exposed to the elements, unlike the reactor core protected in steel and concrete.

"I would say that it has now eclipsed the Three Mile Island accident but it is not a Chernobyl," said Keith Holbert, director of the Nuclear Power Generation Program at Arizona State University and an associate professor there.

The accident at the Three Mile Island nuclear plant in Pennsylvania in 1979 was the biggest in U.S. history. Half of the reactor core in one unit melted due to the loss of coolant, though it resulted in no immediate injuries.

The Chernobyl accident in Ukraine in 1986 was the worst in the industry's history, as an explosion led to a cloud of radioactive material being spewed over big parts of Europe.

Several experts said that Japanese authorities were underplaying the severity of the incident, particular on a scale called INES used to rank nuclear incidents. The Japanese have so far rated the accident a four on a one-to-seven scale against Three Mile at a five and Chernobyl at a seven.

But that rating was issued on Saturday, and since then the situation has worsened dramatically.

In the past few hours alone, the plant's operator Tokyo Electric Power Co, said that a fire broke out at the building housing the No.4 reactor -- the same reactor that houses the troubled spent fuel pool.

"White smoke - meaning the steam release - would not necessarily be a good thing," ASU's Holbert said.

Separately, Japan's nuclear safety agency said two workers are missing and disclosed that there is a crack in the roof of the same building after an earlier explosion.

The International Atomic Energy Agency also said that TEPCO has been considering the removal of panels from the No.5 and No.6 reactors to prevent any hydrogen build-up. Such a build-up has led to explosions at several other reactors in the complex in recent days.

"This is a slow-moving nightmare," said Dr Thomas Neff, a research affiliate at the Center for International Studies, which is part of the Massachusetts Institute of Technology. "This could be a five or a six -- it's premature to say since this event is not over yet."

Experts said that international politics is starting to become evident in the international pressure being put on the Japanese. France's nuclear safety authority ASN said Tuesday it should be classed as a level-six incident.

"We are now in a situation that is different from yesterday's," said ASN President Andre-Claude Lacoste.

An American nonprofit, the Institute for Science and International Safety, went even further.

"This event is now closer to a level six, and it may unfortunately reach a level seven," ISIS said in a statement on its website. ISIS founder David Albright is a physicist who has published global catalogues of nuclear material.

Most, though, say the accident is still well away from the massive explosion that hit Chernobyl.

Of some concern is the decision to remove 750 of the 800 workers from the scene, as some questioned whether there would be enough people left to tackle the growing list of problems.

"That evacuation is a sign they may be throwing in the towel," said Paul Gunter, director of Reactor Oversight Project at the Beyond Nuclear environmental group. He said that so few staff couldn't possibly be expected to babysit six reactors in the current conditions.

Though most people's mental image of a nuclear disaster involves a reactor cracking open or blowing up, scientists say the biggest problem at the moment is the pools of spent fuel that have lost water and caught fire in recent days.

"Up until now they have not been able to get close to the spent rods, as even with protective clothing it only stops workers from breathing in radioactive particles, not from radiation itself," said Peter Hosemann, a professor in the nuclear engineering department at the University of California, Berkeley.

Hosemann suggested, at least in the case of reactor No. 4, a crack in the roof may actually ease access to the pools and give the Japanese the chance to cool the pool by air-dropping water on the reactor from helicopters.

That they have to resort to air-dropping, though, points to breakdowns in the system that industry executives say should have been easily prevented.

"People literally probably did not know this was happening, either the instruments were wrong that were measuring the water level, were damaged in the earthquake, or they literally had people scrambling dealing with so many other problems at the plant they had no one's eyes on the level of the water in the spent fuel pools," said Seth Grae, chief executive of nuclear consultancy LightBridge Corp.

"My guess is that if they had, they could have dealt with this before it ever became a big problem ... we're literally talking about a hose."

Whatever the solution, the resolution is bound to be prolonged. ASU's Holbert and others said turning off a reactor only starts to end the problem.

"It's going to be a long end-game because they are going to have to keep cooling in there and they will have to rig up something for the longer term," said Elmer Lewis, professor emeritus of mechanical engineering at Northwestern University in Illinois.