Turkey sees NATO deal on Libya but talks go on 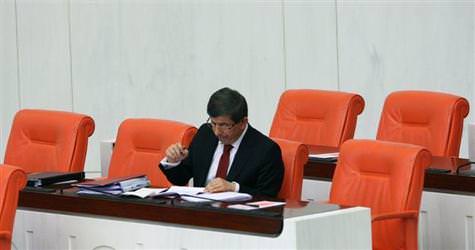 NATO came closer to agreement on Thursday to take over command of allied military operations in Libya from the United States after days of sometimes heated wrangling with Muslim member Turkey.

"Now there is an agreement in principle," Turkish Foreign Minister Ahmet Davutoglu told reporters. "The operation will be transferred completely to NATO and there will be a single command and control."

His comments came after a four-way telephone conference between U.S. Secretary of State Hillary Clinton and the foreign ministers of Turkey, France and Britain.

However, NATO ambassadors were still negotiating on the arrangements in Brussels and diplomats said there was not yet full agreement.

U.S. Vice Admiral Bill Gortney said in Washington that the United States was working very hard to hand over leadership of the coalition to another entity, possibly as early as this weekend.

A German government source said there was no deal yet on the command structure and the enforcing of a U.N. no-fly zone, and it might take until the end of the week.

"We have certainly made substantial progress but all that doesn't mean the secretary-general can walk out and make a statement saying there is an agreement," another NATO diplomat said. "Discussions could continue tonight and tomorrow."

Ambassadors agreed to initiate military planning for a no-drive zone to protect civilians in addition to the no-fly zone, diplomats said, but that would require a further political decision.

Earlier, Turkish leaders had cast new suspicions on the motives behind Western intervention in Libya, suggesting action was driven by oil and mineral wealth rather than a desire to protect civilians from Muammar Gaddafi's forces.

U.S. President Barack Obama, trying to extricate Washington from two wars in Muslim nations, Iraq and Afghanistan, has said Washington wants to hand over responsibility for the Libya campaign to NATO within days rather than weeks.

Davutoglu said NATO would take over as soon as possible, within a day or two. NATO officials have said it would take 72 hours after the directive is approved to activate the command.

The Turkish parliament approved a decision to join a NATO naval operation to enforce a U.N.-sanctioned arms embargo off Libya by sending four frigates, a submarine and a support vessel for the naval operation.

Turkey wants NATO to command the Libya mission in order to be able to limit allied operations against the country's infrastructure and avoid the casualties among Muslim civilians that it fears could result from bombing raids.

Davutoglu said these concerns had been addressed.

France, which launched the air campaign with Britain and the United States on Saturday, says NATO should provide its command structure while an ad hoc steering group of coalition members, including the Arab League, exercises political control.

It has argued that having NATO in full charge would erode Arab support because U.S. unpopularity in the Arab world.

On Thursday, French Foreign Minister Alain Juppe said it may take a coalition of Western powers days or weeks to destroy Muammar Gaddafi's military, but not months.

Turkish Prime Minister Tayyip Erdogan took a swipe at France on Thursday, saying the same people who were reluctant to let Turkey into the European Union now spoke in terms of "crusades" in Libya, referring to a loose comment by Sarkozy's interior minister.

He voiced suspicion that some seeking to act outside NATO had their eyes on Libya's oil, while President Abdullah Gul said the coalition lacked an agreed policy, planning and exit strategy, and Libya could be "looted" like Iraq.

"I wish that those who only see oil, gold mines and underground treasures when they look in that direction, would see the region through glasses of conscience from now on," Erdogan told a conference in Istanbul.

British Prime Minister David Cameron sought to assuage concerns about Western motives by saying the coalition should not stray beyond the U.N. resolution by targeting Gaddafi.

"It is very important we don't go beyond that in any way," he said when asked if the Libyan leader was a legitimate target.