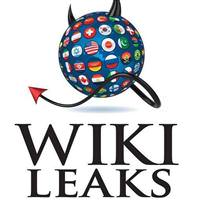 Israel believes Turkey is actively helping Iran to sidestep economic sanctions and has also turned a blind eye to Iranian weapons smuggling into Syria, according to leaked U.S. diplomatic cables published on Friday.

Citing documents obtained by WikiLeaks, Haaretz newspaper said senior Israeli officials had told the United States that Turkey was moving ever-closer to Iran because it needed Iranian energy supplies and because it was revising its global strategy.

Israel used to enjoy excellent relations with Turkey, NATO's only Muslim member, but these have grown fraught in recent years, with the Jewish state deeply concerned by Ankara's warm ties with its arch-foe Iran. "(Israeli secret services) said (the) Turkish government is now assisting Iran in by-passing international financial sanctions and is ignoring Iranian weapons smuggling to Syria ... through Turkey," a U.S. cable dated November 2009 said.

The United Nations has imposed four rounds of sanctions on Iran in an effort to get Tehran to curtail its ambitious nuclear program that critics say is aimed at obtaining the atomic bomb. Iran denies this and says it is a civilian energy project.

Notes from a meeting with the then-Israeli national security adviser, Uzi Arad, suggested that Israel was gloomy about prospects for improving its once strong relations with Turkey.

"(Israel) believes there is little it can do to prevent a further decline in relations with Turkey, but it is trying to preserve what it can by minimizing disputes and seeking gradually escalating diplomatic exchanges," the cable said.

Six months after this document was written, ties between the two countries deteriorated much further after Israeli marines killed nine Turkish activists aboard a boat that was trying to break Israel's blockade of the Palestinian enclave of Gaza.

"The (Israeli spy agency) Mossad thinks the AKP sees historical similarities between Hamas and the early days of their party's struggle against Turkey's secular establishment," the U.S. cable said.

"The AKP thinks it can help Hamas become more moderate and mainstream, as the AKP has done," it added, quoting a senior Israeli army official, Colonel Shimon Arad.

Arad also told U.S. diplomats that Turkey did not actively support the smuggling of Iranian weapons via Syria to the Shi'ite group Hezbollah in Lebanon, but added that Ankara intervened only under specific international pressure.

"He suggested that the Turks might be more responsive to U.S. pressure on this issue than they have been to Israeli complaints," the cable said.