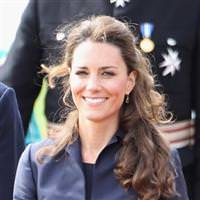 Royal bride-to-be Kate Middleton is set to overtake Princess Diana as the most talked-about woman in the world's media, according to a study released on Sunday by the Global Language Monitor.

With two weeks to go before she marries Prince William in Westminster Abbey on April 29, Kate Middleton is already posting Diana-type numbers in terms of news worthiness and celebrity status on top global media sites as well as the Internet and social media, the study said.

"In fact, Kate could surpass all Internet, social media, and global print and electronic media citations by the time the royal wedding-related stories are compiled."

For the leading global media, the citations were measured over the last three months, as well as all the archives available.

Payack said Princess Diana is cited in hundreds of thousands of news stories, even though her death in a 1997 car crash came before Google, social media, and smartphones existed. "The study demonstrates the enduring legacy of Princess Di some fourteen years after her death," he said.

Yet Middleton's Internet and social media citations, surpass all the royals. Prince William comes in as a close second, followed by Diana.

In traditional print and electronic media, Prince William and his fiancée both enjoy double the references than the Queen and quadruple those of Prince Charles.

Global Language Monitor uses an algorithm to analyse and measure global discourse in traditional print and electronic media, the Internet and social media including Twitter.