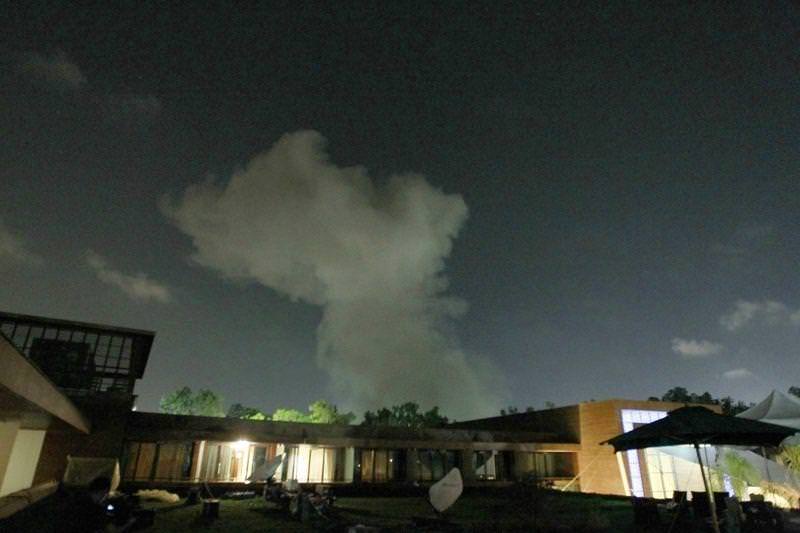 NATO said on Wednesday it had extended its Libyan mission for a further 90 days, after Muammar Gaddafi made it clear he would not step down, dashing hopes of a negotiated end to the uprising against his rule.

The 28-member alliance originally took over a campaign of air strikes, the enforcement of a no-fly zone and an arms embargo on Libya, to protect rebellious civilians from attack by Gaddafi's forces, in late March for 90 days.

"NATO and partners have just decided to extend our mission for Libya for another 90 days," NATO Secretary-General Anders Fogh Rasmussen said in a statement.

"This decision sends a clear message to the Gaddafi regime: We are determined to continue our operation to protect the people of Libya."

South African President Jacob Zuma said on Tuesday after talks with the leader that Gaddafi had stated emphatically he would not leave Libya -- making a negotiated end to the conflict impossible given rebel demands for his departure.

Zuma was in Tripoli on Monday to try to revive an African "roadmap" for ending the conflict, which started in February with an uprising against Gaddafi and has since turned into a war in which thousands of people have been killed.

Libyan rebels and NATO have set Gaddafi's departure as the main condition for any ceasefire.

New questions arose over how long Gaddafi could hold on after a senior United Nations aid official said food and medicine shortages in Gaddafi-controlled areas amounted to a "time bomb."

Panos Moumtzis, the U.N. humanitarian coordinator for Libya, told Reuters in Tripoli on Tuesday that some food stocks in areas under Gaddafi's control were likely to last only weeks.

"I don't think there's any famine, malnutrition. But the longer the conflict lasts the more the food stocks are going to be depleted, and it's a matter of weeks before the country reaches a critical situation," Moumtzis said in an interview.

"The food and the medical supplies is a little bit like a time bomb. At the moment it's under control and it's ok. But if this goes on for quite some time, this will become a major issue," he said.

Also casting doubt on Gaddafi's assertions that he is in control, witnesses said on Tuesday that a large anti-government protest had taken placae on Monday in the Souq al-Juma suburb of Tripoli.

The protest, apparently the biggest confirmed in Tripoli since Western forces began bombing the country in March, was broken up by security forces firing weapons, residents said.

Asked about the incident at a news conference on Tuesday, government spokesman Moussa Ibrahim said: "I have heard of the event. I did not have enough time to get information."

There have been no large-scale demonstrations in Tripoli since protests were crushed by the security forces in February.

Now in its fourth month, the Libyan conflict is deadlocked, with rebels unable to break out of their strongholds and advance toward Tripoli, where Gaddafi appears to be firmly entrenched.

Rebels control the east of Libya around the city of Benghazi, the third-biggest city Misrata, and a mountain range stretching from the town of Zintan, 150 km (95 miles) south of Tripoli, toward the border with Tunisia.

Gaddafi, in power for 41 years, says his forces are fighting armed criminal gangs and al Qaeda militants and portrays the NATO intervention as an act of colonial aggression aimed at grabbing Libya's oil reserves.

His government says NATO's bombing campaign has killed 718 Libyan civilians and wounded 4,067, 433 of them seriously.

Western powers have said they expect Gaddafi will be forced out by a process of attrition as air strikes, defections from his entourage and shortages take their toll.

A source in Misrata said the town was calmer on Wednesday after a Reuters photographer reported heavy fighting in the suburb of Dafniyah, in the west of the city, on Tuesday.

Dafniyah has been the front line since rebel fighters drove pro-Gaddafi forces out of the city.

There were reports too of clashes between rebels and forces loyal to Gaddafi in the Western mountains on Tuesday.

A rebel spokesman in the town of Zintan told Reuters by telephone on Tuesday: "Fighting took place last night in Rayayna (village), east of Zintan ... It continued until the early hours of this morning. Both sides used mortars."

Malta recognized the Libyan rebel National Transitional Council as the only legitimate point of dialogue between Malta and Libya on Tuesday and said it would send a delegation to the rebel capital of Benghazi, Al Jazeera television reported.