Germany says beansprouts may be behind E.coli 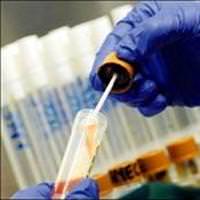 German-grown beansprouts could be the source of the deadly E.coli outbreak that has killed 22 people, made more than 2,200 ill and led Russia to bar EU fruit and vegetable imports, officials said on Sunday.

The Lower Saxony state agriculture minister, Gert Lindemann, told a news conference investigators had traced the rare, highly toxic strain of the bacteria to a farm in the Uelzen district. Media reports said the farm was near the town of Bienenbuettel, 70 km (40 miles) south of Hamburg.

Health facilities in Hamburg, Germany's second city and the centre of the outbreak that began three weeks ago, are struggling to cope with the flood of victims, Health Minister Daniel Bahr said.

Lindemann, speaking after three weeks of mysterious deaths and widespread consumer fears linked to the rare strain of E.coli, said there appeared to be clear links between vegetables from the farm and food eaten by some victims.

"We've got a really hot lead," Lindemann said, reporting on the investigation into a health scare that has strained ties

between two EU members and led Prime Minister Vladimir Putin to say he would not "poison" Russians by lifting an embargo on EU fruit and vegetable imports.

Lindemann said that not only beansprouts, but also alfalfa sprouts, mung bean sprouts, radish sprouts and arugula sprouts from the farm might be connected to the outbreak. Raw sprouts are popular among Germans and often mixed in salads or added to sandwiches.

Officials have been warning consumers for weeks to avoid tomatoes, cucumbers and lettuce, and at one stage said Spanish cucumbers might be the source of the outbreak. The rare E.coli strain has killed 21 Germans and one Swede.

Spanish farmers say lost sales have cost them 200 million euros a week, and Spanish officials said they might claim compensation. The crisis could put 70,000 people out of work in Spain, which already has the highest unemployment in the EU.

According to FoodSafety.gov, a website for food safety information from U.S. government agencies, there have been at least 30 reported outbreaks of foodborne illness linked to different types of raw and lightly cooked sprouts -- most of them caused by Salmonella and E.coli.

In Japan, at least 11 people died in 1996 in an outbreak linked to contaminated radish sprouts.

Lindemann said the Uelzen farm had been shut down, its produce recalled and further test results were expected on Monday. He urged consumers in northern Germany to refrain from eating all types of beansprouts.

Officials said, however, they were not sure if the farm was the only source. Lindemann said it was possible the contaminated produce had found its way into a variety of foods.

"There was a very clear trail (to the farm) as the source of the infection," Lindemann said. "It is the most convincing ... source for the E.coli illnesses. This is for us the most plausible cause of the illness."

Authorities have been racing to track the source of the disease, which has infected people in 12 countries -- all of whom had been travelling in northern Germany. Many of those infected have developed haemolytic uraemic syndrome (HUS), a potentially deadly complication attacking the kidneys.

The rare strain of E.coli can stick to intestinal walls where it pumps out toxins, sometimes causing severe bloody diarrhoea and kidney problems. Some patients have needed intensive care, including dialysis.

German officials said the produce from the farm was delivered to restaurants and food operations in five northern states: Hamburg, Schleswig-Holstein, Mecklenburg-Vorpommern, Hesse and Lower Saxony.

Hospitals in Hamburg have been moving out patients with less serious illnesses to handle the surge of people stricken by the rare strain of bacteria.

"We're facing a tense situation with patient care," Bahr said, adding that hospitals outside Hamburg could be used to make up for "insufficient capacity."

At a news conference with Bahr in Hamburg, state health minister Cornelia Pruefer-Storcks said local officials were scrambling to relieve a looming shortage of doctors.

"We want to discuss with doctors whether those who recently retired can be reactivated," she said, adding that medical staff in Hamburg were battling exhaustion.

On Saturday officials identified a restaurant in the northern port of Luebeck as a place where the bug might have been passed to humans, saying at least 17 people infected with E.coli had eaten there and one later died from complications.

But the owner of the meat-and-potatoes restaurant told Reuters his kitchen had tested negative for the deadly E.coli strain and none of his staff had fallen ill.