A nail-biting victory for the world 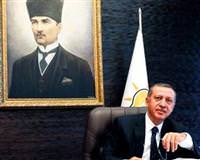 As the world media followed Sunday’s election closely and widely mentioned the remarking results which showed one out of every two voters voted for the AK Party, they also emphasized the fact that it was a third term win for Prime Minister Erdoğan and due to a less than two-thirds majority in parliament seats, a ‘consensus’ is necessary for a new constitution to pass.

International media widely covered Turkey's 24th parliamentary general election, most acknowledging that the AK Party successfully garnered almost fifty percent of the vote. Articles mentioned that the AK Party is the first party to be selected for three terms since Turkey's transition to a multi-party system. Some even consider Prime Minister Tayyip Erdoğan to be the most powerful political figure in Turkey since the days of Mustafa Kemal Atatürk. The fact that Turkey's economy has risen to 17th place under the AK Party's leadership was emphasized regularly with assessment that this growth is set to continue. Most articles and commentary referred to the necessity of a 'consensus' in the drafting of the new constitution, due to a lack of seats despite an increase in voter support.
USA
Wall Street Journal: A Wall Street Journal editorial states "Turkey put on a democratic clinic yesterday for the rest of the Muslim world with another free and spirited national election. In their wisdom, the Turks chose to reward Prime Minister Recep Tayyip Erdoğan for their recent run of good economic fortune, while putting a check on his largest political ambitions." The article also states that if Erdoğan keeps the promises made during his balcony speech and is able to show more tolerance, then Turkey would become a model of liberty that could act as an example for the Middle East.

New York Times: An article entitled, 'Erdoğan's Party Wins Third Term in Turkish Elections' writes 'The results… failed to provide the absolute majority that the party wanted to push for major changes, including a shift to a presidential system and the drafting of a new constitution. The party will now have to work to forge consensus with its opposition."

THE ECONOMIST
An article entitled 'Erdoğan's hat-trick' writes; "The country's charismatic prime minister, Recep Tayyip Erdoğan, becomes the first Turkish leader not only to win three consecutive elections, but to increase his party's share of the vote each time."

ENGLAND
Guardian: An article entitled 'Recep Erdoğan wins by landslide in Turkey's general election' writes; Recep Tayyip Erdoğan has become the most successful prime minister in the history of Turkey's multiparty system after a landslide victory at the country's general election."
BBC: "The result is a powerful endorsement of the blend of economic liberalism and religious conservatism offered by Prime Minister Recep Tayyip Erdoğan. With this win, he is now the most powerful political figure in Turkey since the days of the country's founding father, Kemal Ataturk."
Financial Times: 'His populist rhetoric, authoritarian behavior and conservative values may worry liberals, but he is a hero in many poorer urban areas, villages and to an up-and-coming middle class."

FRANCE
Liberation: An article that names Erdoğan as the 'New Sultan', mentions the success shown by the AK Party in the polls through successfully winning a third term in power.

Le Figaro: A front page headline reads 'Erdoğan's victory of Modernization in Turkey', for an article which pens the success enjoyed by Erdoğan on Sunday's election with a third term win. Another article, entitled 'The Grand Vizier' states that after nine years in power, Erdoğan has brought Turkey's economy up to 17th in the world's highest economies.

State Television NET: While drawing attention to the fact that Erdoğan is the first leader to be elected as Prime Minister for a third time, their evaluation of the outcome was that it was a great victory.

Mega Television: Emphasis was also placed on the significance of Erdoğan in this day and age, being selected three times in a row as a political leader of such a grand country as Turkey.

ITALY
La Stampa: The newspaper noted that Erdoğan did not receive the required number of votes to ensure 330 deputies, which would have allowed him to go to a referendum on his own for a new constitution.
Corriere Della Sera: An article entitled "Erdoğan's Painful Victory" claims the prime minister is not pleased with the results of Sunday's election, because it does not allow him to go ahead with the constitution in the manner he desired.
Il Giornale: A headline reading 'Erdoğan may have won but he has not become an Emperor', states that he did not win the necessary two thirds of the vote to allow him to change the constitution.
L'unita: An article with the headline, 'Tayyip's dream is to go down in history as the 'Islamic Atatürk', described the premier as a leader that is stuck between modernization and traditionalism, and is someone who is ambitious, a powerful speaker and is the creator of moderate Islam.

GERMANY
Der Spiegel: Turkish Prime Minister Recep Tayyip Erdoğan has won a third term in Sunday's parliamentary elections in Turkey. But he fell short of his stated goal of a two-thirds majority, which would have allowed him to unilaterally change the constitution. His AKP was hampered by a strong showing by the Kurds and ultra-nationalists.
Winning an election with around 50 percent of the vote certainly sounds like an impressive result. But measured against the expectations that Recep Tayyip Erdoğan had fueled in the run-up to Sunday's parliamentary election in Turkey, the victory almost seems like a defeat.

Bild: An article entitled 'Erdoğan enters third term' mentions that even though it appeared his political career was coming to an end when Erdoğan was arrested in 1999 for provocation, spending four months in prison, now 12 years later, he has become the strongest Prime Minister the country has seen.
Süddeutsche Zeitung: Commentary states that Turks granted Erdoğan the gift of victory not because he is a pious Muslim, but because he has provided better living conditions for the country.

RUSSIA
Ria Novosti: The AK Party was the victors in the election; however they will not be able to draft a new constitution on their own.

SPAIN
El Pais: An article with the title, "Moderate Islamist Erdoğan Wins a Victory Again in Turkey" states that Erdoğan has been able to show that Islam and democracy can co-exist and referred to Turkey as a reference for young Arabs.

CHINA
Xinhua: The Chinese media outlet writes that the AK Party managed to acquire practically half of all the votes. In news released, they state that during AK Party's reign an indisputable economic record has been broken.

QATAR
Al Jazeera: "The AK Party did not receive the votes necessary for a new constitution. Erdoğan's main strength in the elections was derived from the growing economy and his rising international profile."

LEBANON
As Safir: "This is also a victory for Beirut and Damascus."

BOSNIA HERZEGOVINA
Sarajevo-x: An article gave room to Erdoğan's statement during his balcony address that "Sarajevo was as victorious as Istanbul' in reference to the election outcome.