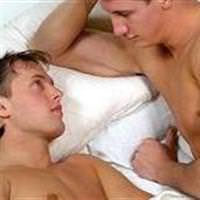 Governor Andrew Cuomo made same-sex marriages legal in New York on Friday, a key victory for gay rights ahead of the 2012 presidential and congressional elections.

New York will become the sixth and most populous U.S. state to allow gay marriage. State senators voted 33-29 on Friday evening to approve marriage equality legislation and Cuomo, a Democrat who had introduced the measure, signed it into law.

"This vote today will send a message across the country. This is the way to go, the time to do it is now, and it is achievable; it's no longer a dream or an aspiration. I think you're going to see a rapid evolution," Cuomo, who is in his first year of office, told a news conference.

"We reached a new level of social justice," he said.

Same-sex weddings can start taking place in New York in 30 days, though religious institutions and nonprofit groups with religious affiliations will not be compelled to officiate at such ceremonies. The legislation also gives gay couples the right to divorce.

"I have to define doing the right thing as treating all persons with equality and that equality includes within the definition of marriage," Republican Senator Stephen Saland said before the bill was passed. He was one of four Republicans to vote for the legislation.

Cheers erupted in the Senate gallery in the state capital Albany and among a crowd of several hundred people who gathered outside New York City's Stonewall Inn, where a police raid in 1969 sparked the modern gay rights movement.

"It's about time. I want to get married. I want the same rights as anyone else," Caroline Jaeger, 36, a student, who was outside the Stonewall Inn.

But New York's Catholic bishops said they were "deeply disappointed and troubled" by the passage of the bill.

"We always treat our homosexual brothers and sisters with respect, dignity and love. But we just as strongly affirm that marriage is the joining of one man and one woman," the state's Catholic Conference said in a statement.

New York City Mayor Michael Bloomberg, an advocate for gay marriage who lobbied state lawmakers in recent weeks, said the vote was an "historic triumph for equality and freedom."

"Together, we have taken the next big step on our national journey toward a more perfect union," he said in a statement.

President Barack Obama, who attended a fund-raiser in New York on Thursday for Gay Pride Week, has a nuanced stance on gay issues. Experts say he could risk alienating large portions of the electorate if he came out strongly in favor of such matters as gay marriage before the 2012 elections.

During the 2008 election, Obama picked up important support from Evangelicals, Catholics, Latinos and African-Americans, some of whom oppose gay marriage, which has become a contentious social issue being fought state-by-state.

In California a judge last year overturned a ban on gay marriage, but no weddings can take place while the decision is being appealed. It could set national policy if the case reaches the U.S. Supreme Court.

But gay marriage is banned in 39 states.

In New York a recent Siena poll found 58 percent of New Yorkers support gay marriage, while nationally the U.S. public is nearly evenly split, with 45 percent in favor and 46 percent opposed, according to a Pew Research poll released last month.

A key sticking point had been over an exemption that would allow religious officials to refuse to perform services or lend space for same-sex weddings. Most Republicans were concerned the legal protection was not strong enough, so legislative leaders worked with Cuomo to amend his original bill.

"God, not Albany, settled the definition of marriage a long time ago," said Senator Ruben Diaz Sr., a Pentecostal minister and the only Democrat to vote against the measure.

However, fears of a slew of litigation arising from a possible religious exemption to New York's proposed same-sex marriage law are not borne out by experience with similar laws in other states, legal experts say.