‘I am very scared’ 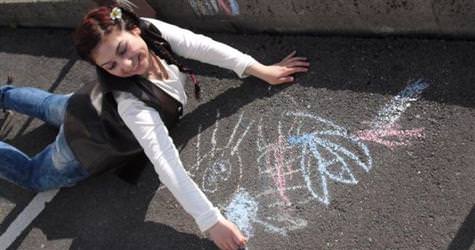 Gizem Doğan, a Turkish national stated to be amongst the victims of those killed at the camp in Norway, had called a friend to say, “A policeman is killing. We are running into the forest.” Her final message reads, “I am very scared and I don’t know how to swim.”

Allegedly amongst those killed in the recent terrorist attack that transpired in Norway was a 17-year-old Turkish girl named Gizem Doğan. Calling her best friend as she tried to escape the massacre, Gizem's final words were, "A policeman is killing people here. We are running into the forest." Sending a text message to her best friend as she ran, Gizem writes, "I don't know what I'm going to do. I am very scared. My friends are all jumping into the lake. I don't know how to swim." This was the last message sent by Gizem, who later dropped her phone. Allegedly Gizem was killed from a bullet to the head by the massacre's assailant, Anders Behring Breivik. Gizem's father Abdülkadir Doğan however has discredited the news of his daughter's death. DNA samples have been taken from both Gizem's mother and father and a definitive diagnosis will be determined following the comparison test. Originally from Gaziantep, Abdülkadir Doğan went to Norway to work approximately ten years ago. Three years later, Doğan brought his wife Gülderen and three children over. The oldest of the three, Gizem, was outgoing in nature and involved in social issues and went on to serve as a delegate for the Labour Party's Youth Wing AUF.
A POLICEMEN IS KILLING PEOPLE
Well-loved amongst her friends, Gizem was amongst a number of new friends at the youth camp held at Utoya Island. Gizem was working on a variety of projects and having fun with her friends and completely unaware of what was to transpire just hours ahead. Then a terrorist dressed in a policeman's uniform began showering the youngsters with bullets. All of a sudden, Gizem was engulfed in enormous panic when she began running with her friends.
HER FAMILY'S HOPEFUL WAIT CONTINUES
The messages Gizem sent have turned out to be the last heard of the young girl. Even after hours had passed since the massacre, no one was able to reach Gizem. As her family waits in hopeful anticipation, news has surfaced that Gizem's body has been recovered. Upon hearing the news, Norwegian police officials took DNA samples from Gizem's parents. Definitive results of Gizem's death will be verified following the DNA test. Meanwhile, Gizem's family continues to remain hopeful as they wait for news to come in their home in Trondheim. Gizem's father Abdülkadir Doğan states that the news of his daughter's death was not correct. Hundreds of Gizem's friends are leaving messages for the well-loved young lady on a Facebook page opened in her memory.