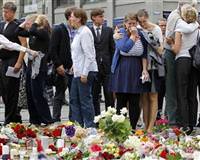 Norwegian Anders Behring Breivik said he killed 93 people to spark a "revolution" against the multiculturalism he believed was sapping Europe's heritage, and experts say a frank debate about immigration may be the best way to prevent similar explosions of violence.

In some Nordic countries, and elsewhere in Europe, political parties have fed on rising public concern over immigration as economic conditions worsen and a drip-feed of Islamist attacks stokes fear and suspicion of new arrivals.

But experts argue overly aggressive political rhetoric and scare tactics have inflamed passions rather than address the many complex, underlying problems.

Conflicting messages and political squeamishness in tackling immigration and multiculturalism have frustrated the public and given space for hardline ideologues, they say.

"If the twin attacks in Norway fail to trigger an honest discussion of the issue, exposing often scare-mongering arguments used by the extreme right, this may marginalise the radical groups and worsen the situation, which in turn could bring more similar attacks in the future," said Lilit Gevorgyan, Europe analyst at the IHS Global Insight think-tank.

"This is not just an issue in Norway. Across Scandinavia and also in Western and Eastern Europe, you have a lot of people who are very frustrated by the lack of open debate," she added.

British Prime Minister David Cameron, Germany's Angela Merkel and France's Nicolas Sarkozy have all declared in recent months that multiculturalism has failed, in speeches that were otherwise careful to highlight the contribution of immigrants.

But critics say such statements at best do little to offer solutions to tackle the economic and societal pressures that stem from increasing immigration and globalisation, and do even less to harness the benefits of a multi-ethnic society.

"What has clearly emerged from recent speeches and ensuing public national debates on multiculturalism is a sense of confusion, malaise and often contradictory messages," said Sara Silvestri, lecturer in religion and international politics at London's City University, in an article dated June 8.

"So we look for easy answers presented as simple choices e.g., moderate vs. radical Islam, multiculturalism vs. assimilation ... Yet such simplistic naming and categorising further divides people and provokes animosities," she added.

FUEL ON THE FIRE

A number of Scandinavian political parties have tackled immigration head on, but the inflammatory tone used by some politicians may have fuelled Breivik's anti-immigrant and anti-Islamic hatred.

Many far-right European groups have shifted away from overtly racist rhetoric and have instead focused their argument on stressing what they see as the incompatibility of Islam and European values.

In a 1,500-page violent manifesto published by Breivik, the 32-year-old expressed his admiration for Dutch anti-Islam politician Geert Wilders, and the tome included reported anti-Islamic comments Wilders made to the Dutch parliament. However, Wilders at the weekend denounced Breivik's actions.

Anti-immigrant and anti-Islamic parties have gained traction in Nordic and Scandinavian countries in recent years, tapping public anxiety over the relatively recent phenomenon of mass migration, particularly of Muslims, to their region.

The anti-immigrant Sweden Democrats were last year elected to the Swedish parliament for the first time, despite the party having roots in neo-Nazi movements of the 1980s and 1990s. The party has criticised Muslims and Islam as being un-Swedish.

Swedish anti-fascism magazine Expo, where the late best-selling novelist Steig Larsson was highly active, says while there may be no direct link between violence and comments by politicians, the rhetoric creates a fertile environment for ethnically motivated attacks.

"It is very aggressive ideology that the Swedish Democrats are pushing towards Muslims ... it has become a more and more accepted way to speak about Muslims this way," said Expo reporter Johannes Jakobsson.

"Of course if you are in the Swedish parliament and point fingers at Muslims and say these people are dangerous, of course this is going to influence people to become more hostile towards them," he added.

Harald Stanghelle, political editor of Norway's Aftenposten conservative newspaper, said it was unfair to accuse Norway's anti-immigrant Progress Party of inflaming the passions of individuals such as Breivik, who was once a member.

Stanghelle says Breivik left the party because it did not go far enough in representing his views, highlighting a dilemma for those who say parties that drive away those with fringe views on immigration risk creating militant underground groups.

"It's totally wrong to hold the Progress Party responsible for extremists like this. A few smaller, anti-immigration groups, anti-multicultural groups, have broken from the party because they believe it is too polite, too mainstream," Stanghelle said.

Stanghelle was careful to paint Breivik as a lone extremist with little link to the wider discourse on immigration in Norway. After years on the fringes, Breivik's views are now likely to echo loudest at his first court hearing on Monday.

Breivik has described his bombing of an Oslo government building and his shooting spree at a youth camp run by Norway's Labour Party as "atrocious" but "necessary" in his crusade against liberal immigration policies and the spread of Islam.

"He now wants to meet in court for the first time, and wants an open court meeting, and why? Most criminals fight for a closed court meeting, but he sees himself as a crusader," Stanghelle said.