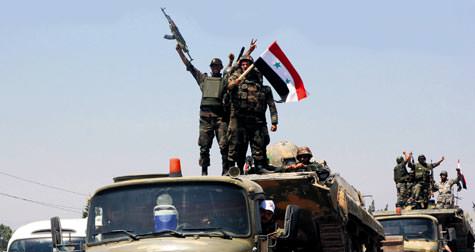 Erdoğan said Turkey had given a clear message to Syria in talks Tuesday to end the military repression of mass pro-democracy demonstrations against 41 years of autocratic Assad family rule.
"In Syria, the state is pointing guns at its own people," Erdoğan said. "Turkey's message to Assad is very clear: stop all kinds of violence and bloodshed."
Addressing a meeting of his ruling AK Party, Erdoğan called on Damascus to meet the democracy demands of the Syrian people. "We hope that all will be realized in 10-15 days, and steps taken toward the reform process in Syria."
Turkey, which had been one of Assad's few remaining friends in the Middle East, has become increasingly impatient amid mounting international outrage over the Syrian crackdown. Right activists say the civilian death toll has exceeded 1,700 people over the past five months.
Foreign Minister Ahmet Davutoğlu held more than six hours of talks with President Bashar al-Assad and other Syrian officials in Damascus Tuesday.
Erdoğan and Davutoğlu saw signs that Turkey's message was getting through after their envoy to Syria visited Hama on Wednesday and reported back that tanks had been withdrawn from the city. Hama was the scene of a military crackdown this month in which rights groups say up to 300 people have been killed.
But Syrian tanks also swept into two towns near the Turkish border Wednesday.
"After meetings with the Hama governor and other officials, it's important that our ambassador visited Hama in person, and found the chance to contact people directly, to walk the streets of Hama, to pray the noon prayers in a mosque in Hama, with Syrians. He reported that tanks were leaving Hama, and heavy weapons were removed," Davutoğlu said.
"There's no concentration of weapons in or around Hama, there are some security control points outside Hama, but not in the form of concentrated deployments of heavy weapons," he said. "We will continue to closely monitor developments."
NATO member Turkey has deepened ties with fellow Muslim states, Russia and other former Soviet bloc countries as part of a strategy to establish itself as a regional power in Eurasia.
Erdoğan believes Syria's problems are virtually an internal issue for Turkey. He has nurtured strong ties with Assad's government over the past decade, with a vision of building a common future between the neighbors.
Recent Turkish alarm over events in Syria heightened after more than 10,000 Syrians fled across the border in the early months of the crackdown.
TANKS DEPLOYED ELSEWHERE
Davutoğlu said he had spoken with counterparts in Brazil, Germany and the United States about the situation in Syria, and planned to call the secretary-general of the Arab League.
Attending a joint news conference with Davutoğlu later, the visiting Egyptian Foreign Minister, Mohamed Kamel Amr, urged the Syrian government to establish dialogue with different sections of society.
"We called them to sit at a table for dialogue, and the bloodshed to be stopped right away. We are monitoring the developments closely, and our attitude will be based on future developments," Amr replied when asked whether Egypt could withdraw its ambassador from Syria as Saudi Arabia and other Gulf Arab countries had done.
Assad's policy of storming and shelling protest hotbeds with tanks has failed to stop unrest spreading and hardened doubts about whether he is genuinely committed to change.
A popular uprising ended three decades of rule by president Hosni Mubarak in Egypt, and before leaving Cairo Tuesday Amr said Syria was approaching a point of no return.
The Syrian state news agency SANA quoted Assad -- who has described the uprising as a foreign conspiracy to divide Syria -- as having told Davutoğlu that there would be no let-up in military action while Syrian security was at stake.
Syria "will not relent in pursuing the terrorist groups in order to protect the stability of the country and the security of the citizens," SANA quoted him as saying.
"(Syria) is also determined to continue reforms ... and is open to any help offered by friendly and brotherly states."
Turkey, a secular Muslim nation with a multi-party democracy, has urged Assad to give up the monolithic domination of his Baath Party.
"We told them to meet the democracy demand of the Syrian people. We will be closely monitoring developments in Syria in the coming days," Erdoğan said.