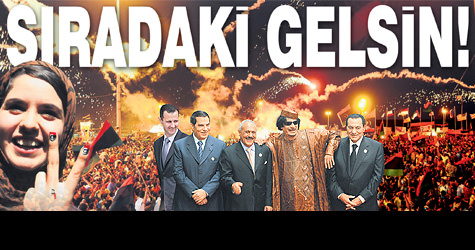 The Arab League and Egypt threw their weight behind Libya's rebels on Monday as opposition forces cornered Muammar Gaddafi's loyalists in their remaining strongholds in the capital Tripoli.

"Arab League chief Nabil Elaraby offers his full solidarity with the ongoing efforts under the leadership of the National Transitional Council," the Cairo-based League said a statement that was its first formal acknowledgement of the council.

Amr said the premises of Libya's permanent representative at the Arab League would be handed over to the national council.

Later on Monday The Palestinian Liberation Authority also announced its recognition of the Libyan rebels' national council, according to the Palestinian news agency WAFA.

The Arab League suspended Libya's membership after Gaddafi's forces launched a bloody crackdown to try to stop an uprising spreading in the east of the country in February.

The League then backed a no-fly zone over Libya patrolled by mostly western powers, a historic move given Arab opposition to the 2003 U.S.-led invasion of Iraq.

Since then the League has only sent medical aid to Libya and stopped short of formal dealings with the rebel council.

That changed on Monday as rebel fighters captured most of the Libyan capital.

"This is a historic moment that marks a milestone in the history of the Libyan people. We hope the council's efforts are successful in leading the new phase and protecting the independence, sovereignty and integrity of Libyan lands," the League said.

Egypt, which had around 1.5 million migrant workers in Libya before the conflict erupted, has so far avoided any official mention of the council -- in contrast to France, the United States and Britain which threw their weight behind it early in the conflict.

The European Union said it was already planning for the post-Gaddafi administration of Libya following the rapid advance of rebel forces.