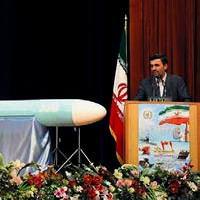 Iran plans to send a live monkey into space next month, the latest advance in a missile and space program which has alarmed Israel and its western allies that fear the Islamic Republic is seeking nuclear weapons.

The official IRNA news agency on Monday quoted the head of Iran's Space Agency as saying five monkeys were undergoing tests before one is selected for the flight on board a Kavoshgar-5 rocket.

President Mahmoud Ahmadinejad said last August that Iran planned to send a man into space by 2017.

Western countries are concerned the long-range ballistic technology used to propel Iranian satellites into orbit could be used to launch atomic warheads. Tehran denies such suggestions and says its nuclear work is purely peaceful.

Last week, Iran launched its second domestically built satellite into orbit, the Rasad 1 (Observation), which it said was for transmitting images and weather forecasts.