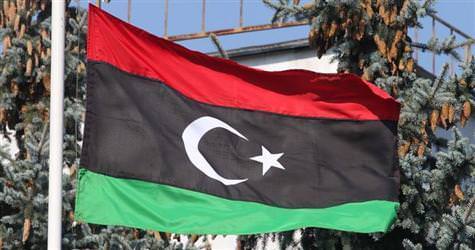 World leaders meet in Paris on Thursday to discuss Libya's future, with hosts France and Britain hoping to show that a costly military campaign can lead to a political transition that avoids the mistakes of Iraq.

Big powers, gathered to coordinate the political and economic reconstruction of the oil-producing North African state, will also be jostling over business interests there.

Libya's interim council has promised rewards for those who took a lead role in backing the revolt against Muammar Gaddafi.

"The objective is to turn the page and get behind the new authority," a French government source said.

"(Iraq) was a successful military operation, but a failed political transition. We have to learn from that," he added. "We have to stand alongside the National Transitional Council, but not impose anything on them."

French President Nicolas Sarkozy and British Prime Minister David Cameron will host the first "Friends of Libya" conference, which convenes on the day Gaddafi would have celebrated the 42nd anniversary of the military coup that brought him to power.

Russia and China, which did not back the NATO intervention championed by Sarkozy and Cameron in March and which have yet to recognize Libya's ruling interim council, will be among some 60 nations and international bodies represented at the conference.

The meeting will give the NTC, set up after the anti-Gaddafi revolt began in February, its first big international platform.

Energy, construction and telecom firms will be eager to get ahead in the race to rebuild Libya after a six-month conflict that may end the privileges Italy enjoyed in the Gaddafi era.

NTC Chairman Mustafa Abdel Jalil will open the three-hour session with an outline of the council's roadmap for a new constitution, elections within 18 months and measures to avoid bloodshed of the kind seen in Iraq after Saddam Hussein's fall.

U.S. officials said they also expected the NTC to update the group on its efforts to subdue remaining Gaddafi loyalists in the cities of Sirte and Sabha, as well as its plans for what happens should the fugitive leader be captured.

The NATO-led operation has had a political wing in place for most of the Libyan conflict, coordinating with the NTC -- now recognized by almost 60 countries -- and planning how the transition to democracy will be managed in Libya.

Most pressing for the NTC is getting access to funds to pay salaries and bring in much-needed humanitarian supplies.

"The first priority is to get the Libyan people's money back to their governing authority and to them," U.S. State Department spokeswoman Victoria Nuland said.

"They are themselves very interested in getting oil flowing again, the gas flowing again. It's a rich country. They want to support themselves, so let's start with getting their money back to them and getting the economy back on track."

The United States and prominent European members of the anti-Gaddafi coalition all face their own economic problems, which could discourage any plan to harness Western taxpayers' money to pay for Libya's reconstruction, but the basis for future financial rewards from its rebuilding is being set now.

Another senior U.S. official, speaking on background, said there might be discussion of bridge loans to help finance reconstruction of infrastructure, but Libya in the medium term was seen as able to pay its own way.

"In no way is this a donors' conference," he said.

While Sarkozy has always maintained that the objective of the Libyan operation was humanitarian, the potentially lucrative market of a friendly OPEC member is also driving France's determination that Libya does not go the way of Iraq.

"We have to get cracking on this period of transition because we know from past transitions that you can go down the wrong path and lose the impetus garnered from the military success," the French government source said.

Unlike Britain, which has yet to send trade missions to Libya, Paris has sent company representatives to assess the situation on the ground.

"There will be a lot needed to put Libya back together again and give it real development that doesn't benefit a dictatorship," said a French diplomatic source.

Executives from top French companies, including the likes of oil major Total and EADS, went to Benghazi in June and July to build contacts with the NTC with an eye on a market where they previously lagged their Italian rivals.

In September, all French companies operating in Libya will meet in Paris with the NTC to discuss its future projects, signaling France's intent to get an early foothold.

"We have to go step by step, but we must take advantage of this favorable climate for French companies even if the quality of our competitors, whether Turkey, China or Europeans, is strong," said Michel Casals, head of the Franco-Libyan Chamber of Commerce.

The British government's trade and investment arm says it is talking to companies that had business in Libya to see how they can help with future projects, but no trade missions are planned until the conflict is completely over.

"(The conference in) Paris was never about commercial contracts. This is a meeting which is going to be a platform for the NTC to show leadership ... and for broadening out the Friends of Libya grouping," a British government source said.

Russia, a critic of NATO's Libya operation, has insisted the U.N. Security Council, where it holds veto power as a permanent member, must play a central role in rebuilding plans.