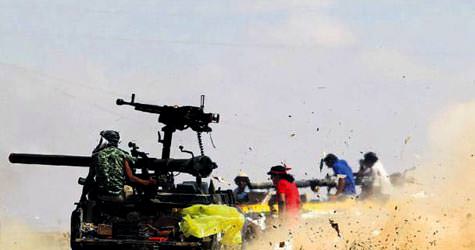 Interpol issued an alert on Thursday calling for the arrest of a second son of ousted Libyan leader Muammar Gaddafi, putting pressure on Niger to detain Saadi Gaddafi who fled there three weeks ago.

The international police agency has already issued "red notices" seeking the arrest of Muammar Gaddafi and one of his sons, the politically prominent Saif al-Islam Gaddafi, as well as Gaddafi intelligence chief Abdullah al-Senussi.

The whereabouts of those three remain a mystery more than a month since Muammar Gaddafi's rule was toppled.

Lyon-based Interpol said it issued an alert for Saadi Gaddafi at the request of Libya's new authorities, who accuse him of leading military units responsible for crackdowns on protests and of misappropriating property.

Niger has said it placed Saadi Gaddafi under surveillance after he was intercepted crossing its desert frontier. Niger's justice minister had said they will not extradite Saadi if there was a possibility he would not get a fair trial or risks the death penalty.

Nigerien Foreign Minister Mohamed Bazoum told Reuters in Paris by phone that Niger had not made any decision and was not opposed to Saadi's extradition.

"We are going to study the file. Our decision will be guided by the law, what the law permits and our international engagement," Bazoum said, commenting on the Interpol notice.

He did not give a timeframe of when a decision will be made.

Of Gaddafi's six other sons, two fled to Algeria, one was reported killed in the conflict and three, including Saif al-Islam, are at large.