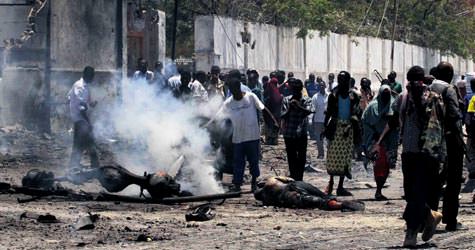 A suicide bomber attack by the al Shabaab organization in Mogadishu, the capital of drought-stricken Somalia, killed 70 including students waiting in line to receive grants to study in Turkey.