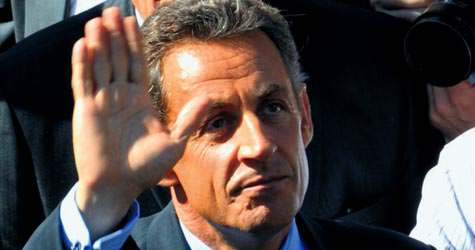 French President Nicolas Sarkozy has embarked upon a two-day trip to Armenia, Georgia and Azerbaijan.

While in the region, Sarkozy will try to encourage Sarksyan and the president of Azerbaijan, Ilham Aliyev, to resolve a conflict over Nagorno-Karabakh, a mainly Armenian-populated enclave in Azerbaijan.
France plays a leading role in the Minsk Group of countries from the Organization for Security and Co-operation in Europe (OSCE), which is trying to resolve the conflict in Nagorno-Karabakh.
Armenian-backed forces wrested Nagorno-Karabakh from Azeri control after the Soviet Union collapsed. When the conflict ended in a cease-fire in 1994, 30,000 people had been killed and about 1 million had been driven from their homes.
During a three-hour visit to Georgia, Sarkozy will also urge Georgia to improve relations with Russia, reviving memories of his mediating role when the two countries went to war in 2008.
Sarkozy's success in brokering a cease-fire in that conflict guarantees a warm welcome in the capital Tbilisi, where he will meet President Mikheil Saakashvili and address a crowd in the central Freedom Square.
Sarkozy will urge Saakashvili to look beyond the countries' differences, including over how they interpret the cease-fire terms, and rebuild trust in relations with Moscow.
Each side accuses the other of acting provocatively and sabotaging relations. Moscow has angered Tbilisi and the West by recognizing Georgia's breakaway Abkhazia and South Ossetia regions as independent states.
In Moscow on Thursday, Russian President Dmitry Medvedev met Abkhazia's new president and signed legislation ratifying treaties that enable Russia to operate military bases in the two separatist regions for at least 49 years.
It was not clear whether Sarkozy would discuss Russia's bid to join the World Trade Organization which Georgia, as a member, could block. Moscow hopes to complete its entry to the 153-member trading body this year.
HOPING TO BOOST RATINGS
Sarkozy mediated the 2008 cease-fire on behalf of the European Union as France held the bloc's presidency at the time.
That ended the war over Abkhazia and South Ossetia, but Georgia says Russia has violated the terms by not withdrawing troops to the positions they held before the war.
TV images of Sarkozy addressing jubilant crowds will do him no harm as he tries to improve his poor ratings before the two-round election on April 22 and May 6. An opinion poll on Tuesday put Socialist Francois Hollande well in the lead.
Sarkozy will also promote business during his visit to the region but officials gave no details of any planned contracts.
French oil group Total said last month it had made a major gas discovery at Azerbaijan's Absheron block in the Caspian Sea. French companies could also be in the running to help extend the Baku metro, or subway.