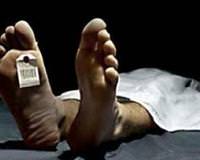 Mexican security forces have found 32 bodies at several locations around the eastern city of Veracruz, authorities said Thursday, barely two weeks after 35 corpses were dumped on a busy street in the Atlantic port.

Just two days after the Mexican government unveiled a plan to lay down the law in the state of the same name, police and marines found the bodies in three separate areas of the city, the Navy said in a statement.

The bodies were in homes around the port as the military conducted operations under the new "Safe Veracruz" program, the statement said. Twenty bodies were found in one house that was searched after a tip from naval intelligence.

The killings have damaged support for Calderon's ruling conservatives, who face a major struggle to hold onto power in presidential elections due next July.

Earlier Thursday, Calderon said there could be no turning back from the fight against the gangs.

"Part of the problem is that we didn't fight (gangs) before like we should have done," he said in a speech.

On September 20, 35 bodies were dumped in broad daylight in the Boca del Rio area of Veracruz. A vigilante-style group later claimed responsibility for the deaths.

Calling themselves the Zeta Killers, the group said it was targeting one of the most notorious of Mexico's drug gangs, which has stirred fears of paramilitary violence emerging.

Founded by renegade special forces soldiers, the Zetas have made a name for themselves as one of the bloodiest gangs in the country with countless slayings and kidnappings.