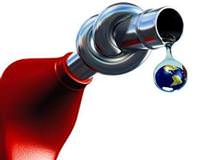 Libya imported $1.6 billion worth of fuel during the six months of revolution, including from Qatar and Turkey, and has yet to repay $890 million, the interim oil and finance minister said on Thursday.

"We will give preference to countries and friends that helped us," Ali Tarhouni told reporters.

Refined oil products imports, such as gasoline and diesel, mainly came via the rebel oil firm Agoco, which was buying them from trading houses such as Vitol. They also included donations from Qatar, a loan from Turkey and two cargoes intercepted on way to forces of the now ousted leader Muammar Gaddafi.

Tarhouni said Libyan production remained at 400,000 barrels per day, with bulk of output pumping from Agoco's fields at a rate of around 240,000 barrels per day (bpd), followed by deliveries from Eni's Mellitah, Total's Mabruk, Occidental/OMV's Zueitina and Canadian Suncor's El Harouge.

Flows are likely to climb further over the next few weeks as oil comes back from other fields where workers have already been deployed to restart production.

Reuters reported Germany's Wintershall, part of BASF, was also preparing to restart its fields in the east after sending a small team of workers to the site last week. The company produced around 100,000 bpd before the war.

On Wednesday, Italian oil and gas company Eni began the process of restarting a field in the west, sending a team to its Wafa field in western Libya on Wednesday, a source in the interim government said.

The field, close to the Algerian border over 500 km south of Tripoli, can produce close to 40,000 barrels per day (bpd) of oil and 25,000 bpd of natural liquid gas according to the company's website.

Tarhouni said that exports to Europe through the Greenstream pipeline feed by the Wafa field, were unlikely to start until late November or early December. Eni said on Thursday that the first tests on the pipeline had run with three million cubic metres of gas per day and expected exports to resume in October.