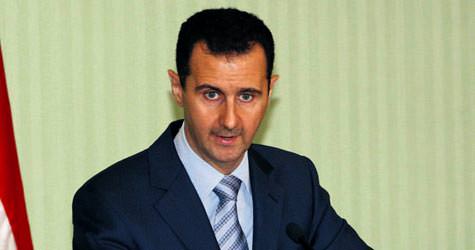 Syrian President Bashar al-Assad was quoted on Saturday as saying he would press on with a crackdown against anti-government unrest in his country despite increased pressure from the Arab League to end it.

In video footage on the newspaper's website, Assad said there would be elections in February or March when Syrians would vote for a parliament to create a new constitution and that would include provision for a presidential ballot

"That constitution will set the basis of how to elect a president, if they need a president or don't need him," he said. "They have the elections, they can participate in it. The ballot boxes will decide who should be president."

The Arab League, a powerful political group of Arab states, set a deadline of Saturday for Syria to comply with a peace plan, involving a military pullout from around restive areas, and threatened sanctions if Assad failed to halt the violence.

However, activists from the Syrian Observatory for Human Rights said 12 civilians were killed in raids by government forces on Saturday while two army defectors died when they clashed with the army in Homs, which has become a center of armed revolt against more than 40 years of Assad family rule.

Asked if his forces had been too aggressive, Assad told the newspaper mistakes had been made but these were the fault of individuals, not the state.

"We, as a state, do not have a policy to be cruel with citizens," he said.

The United Nations says 3,500 people have been killed during the crackdown on the protests which began in March, but Assad disputed this and put the number killed at 619. He told the paper that 800 government forces had been killed.

"My role as president -- this is my daily obsession now -- is to know how to stop this bloodshed caused by armed terrorist acts that are hitting some areas," he said.

Syria has come under growing international pressure to stop the crackdown. Britain, a strong critic of Damascus, said on Friday senior figures including Foreign Secretary William Hague would meet Syrian opposition representatives in London next week.

U.S. Secretary of State Hillary Clinton has expressed fear that Syria could be slipping into civil war but said the international community was reluctant to intervene as it had in Libya.

Assad said the Arab League's intervention could provide a pretext for Western military action and repeated a past statement that such a move against Syria would create an "earthquake" across the Middle East.

"If they are logical, rational and realistic, they shouldn't do it because the repercussions are very dire. Military intervention will destabilize the region as a whole, and all countries will be affected," he told the Sunday Times.

The newspaper said Assad had promised to personally fight and die to resist foreign forces.

Assad also vowed to prevent further attacks by the Free Syrian Army, which opposition sources said had killed or wounded at least 20 security police in an assault on an Air Force Intelligence Complex near Damascus two days ago.

"The only way is to search for the armed people, chase the armed gangs, prevent the entry of arms and weapons from neighboring countries, prevent sabotage and enforce law and order," he told the paper.