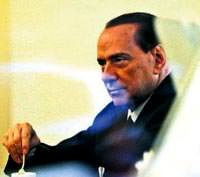 George Clooney will be called as a defense witness at former Italian Prime Minister Silvio Berlusconi's trial on charges he paid for sex with a minor, court officials said Wednesday.

The Oscar-winner was among 214 witnesses admitted by a Milan court for the defense and prosecution. Witnesses for the defense also include footballer Cristiano Ronaldo and Clooney's former girlfriend, Elisabetta Canalis.

Berlusconi is accused of paying Karima el Mahroug, also known as Ruby, for sex when she was 17. The 75-year-old is also charged with abuse of power for getting the Moroccan-born Ruby released from custody after she was arrested for theft in Milan.

They both deny the accusations.

Berlusconi's defense has called Clooney as a witness because Ruby said she had seen the actor and Canalis at one of Berlusconi's parties.

The trial was adjourned until December 2 and it was not clear when Clooney would take to the witness stand.