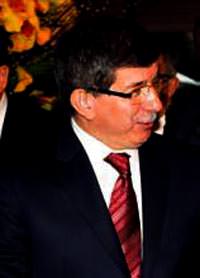 Arab states voted on Sunday to impose economic sanctions on Syria immediately, in response to President Bashar al-Assad's failure to halt a violent crackdown on an eight-month uprising against his rule.

Qatar said that if Arab nations failed to resolve the crisis, other foreign powers might intervene.

Nineteen of the Arab League's 22 members voted for sanctions that include a travel ban on senior Syrian officials, freezing Syrian government assets, halting trade dealings with the central bank and stopping Arab investment.

The Arab League has for decades avoided imposing sanctions its members but has been spurred into action by the scale of bloodshed during Syria's crackdown and by the failure by Damascus to implement an Arab peace plan.

Arabs have said they want a regional solution and do not want foreign intervention in Syria. France became the first major power to seek international involvement last week when it called for "humanitarian corridors" to protect civilians.

Sheikh Hamad said foreign powers might intervene if they did not consider Arabs "serious" in their bid to end the crisis.

"All the work we are doing is to avoid this interference," he said, adding that the League could itself seek international intervention "if the Syrians do not take us seriously".

Hundreds of people, including civilians, soldiers and army deserters, have been killed in Syria this month, in unrest inspired by uprisings that overthrew leaders in Tunisia, Egypt and Libya.

The new sanctions could plunge Syria deeper into economic crisis, although the League said measures were not intended to hurt ordinary people.

"This is a very sad and unfortunate day for me," the Qatari minister said. "I had hoped the Syrian brothers ... would stop the violence and release the political detainees."

Qatar has been at the forefront of the drive to end the violence, backed by other Gulf Arab states such as Saudi Arabia which have long been frustrated by Syria's alliance with Riyadh's regional rival Iran.

Lebanon, which for years had a Syrian military presence on its soil, voted against sanctions, as did Iraq, which neighbours Syria and Iran. Baghdad had said before the meeting it would not impose sanctions.

"Iraq has reservations about this decision. For us, this decision ... will harm the interests of our country and our people as we have a large community in Syria," Iraqi Deputy Foreign Minister Labeed Abbawi told Reuters.

"When civilians are killed in Syria and the Syrian regime increases its cruelty to innocent people, it should not be expected for Turkey and the Arab League to be silent," Davutoglu said, according to Turkey's state news agency.

"We hope the Syrian government will get our message and the problem will be solved within the family," he said, adding that the region did not want a repeat of events in Iraq and Libya, two states where international powers intervened.

During Libya's uprising, an Arab League call for an no-fly zone led to a U.N. Security Council resolution, which in turn paved the way for NATO air strikes on Muammar Gaddafi's forces.