'Turkey is ready for any scenario’ 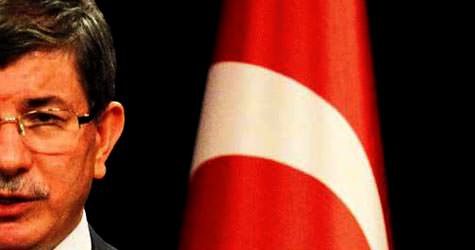 Foreign Affairs Minister Ahmet Davutoğlu stated that if Syria persists in oppressing the opposition against the current regime, Turkey is ready for any scenario to deal with President Bashar Assad's violent crackdown on popular unrest.

Speaking on the recent developments in Syria, Foreign Affairs Minister Ahmet Davutoğlu stated that Turkey, as one of the most important nations in the region, is ready for any scenario. Davutoğlu was answering a series of question on the recent agenda during a live interview on television broadcaster Kanal 24, where he emphasized that for centuries Turkey and Syria have lived amongst one another, and that the two nations are joined with brotherhood ties. Davutoğlu also pointed out that up until recently there was no bloodshed in Syria and the public and the state were at peace. He went on to explain that the last time he met with Assad, he said, "Do not force us to have to make a choice between your people and yourself." Noting that for Turkey, what is fundamental are the people and not administrations that come and go, Davutoğlu stated, "When an administration begins fighting its own people, whether you want to or not you are faced with the situation of having to make a choice."
ZERO PROBLEMS WITH ASSAD IS IMPOSSIBLE
Mentioning that the tension in Syria even persisted during the holy month of Ramadan, Ahmet Davutoğlu stated, "We cannot be a nation that remains indifferent to this oppression which is transpiring before our very eyes." Davutoğlu also expressed that there have been no changes in Turkey's Middle East policy and that they are still pursuing a 'zero problems with neighbors' policy, however it is impossible to preserve the zero problem policy with the current perception of Syria's administration. Noting that they have consulted with Turkey's allied nations, Davutoğlu qualified the Arab League's sanctions are 'correct in principle'. The Foreign Minister also stated that they preferred not to consider the possibility of military intervention. However, Davutoğlu also noted that they had to take all options into consideration, including establishing a buffer zone.