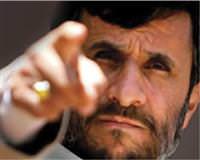 Following are details of major sanctions imposed on Iran by the European Union, the United States and the United Nations over the years.

-- On August 12, 2010 the EU toughened its sanctions against Tehran, including banning the creation of joint ventures with enterprises in Iran that are engaged in the oil and natural gas industries and any subsidiary or affiliate under their control.

-- Member states must prohibit the provision of insurance and re-insurance to the government of Iran.

-- The import and export of arms and equipment that could contribute to uranium enrichment or have a "dual use" is banned.

-- The sanctions forbid the sale, supply or transfer of energy equipment and technology used by Iran for refining, liquefying natural gas, exploration and production. The EU expects the effects of the sanctions to increase over time as existing parts wear out.

-- In May 2011, EU foreign ministers significantly extended sanctions and added 100 new entities to a list of companies and people affected, including those owned or controlled by the Islamic Republic of Iran Shipping Lines (IRISL).

-- In October, the European Union imposed sanctions on 29 people, extending the list targeting individuals associated with human rights violations to 61.

-- On December 1, EU foreign ministers decided new sanctions should be drawn up in time for their next meeting in January 2012.

Separately, they added 180 Iranian people and entities to a sanctions blacklist that imposes asset freezes and travel bans on those involved in the nuclear program.

-- Initial sanctions were imposed after Iranian students stormed the U.S. embassy and took diplomats hostage in 1979. Iranian products cannot be imported into the United States apart from small gifts, information material, foodstuffs and some carpets.

-- In 1995, President Bill Clinton issued executive orders preventing U.S. companies from investing in Iranian oil and gas and trading with Iran. Tehran has looked for other customers.

-- In October 2007, Washington imposed sanctions on three Iranian banks and branded the Revolutionary Guards a proliferator of weapons of mass destruction. The Treasury has since added numerous other Iranian banks to its blacklist.

-- The Treasury has identified about 20 petroleum and petrochemical companies as being under Iranian government control, an action that put them off-limits to U.S. businesses under the trade embargo.

-- The 2010 law imposes penalties on firms that supply Iran with refined petroleum products worth more than $5 million over 12 months. It also effectively deprives foreign banks of access to the U.S. financial system if they do business with Iranian banks or the Revolutionary Guards.

-- In May, the United States blacklisted a 21st Iranian state bank, the Bank of Industry and Mines, for handling transactions on behalf of two previously sanctioned institutions, Bank Mellat and Europaeisch-Iranische Handelsbank.

-- It also announced new sanctions on Venezuela's state oil company, PDVSA, and six other smaller oil and shipping firms for engaging in trade with Iran in violation of the U.S. ban, prompting fury from Hugo Chavez's government.

-- On June 11, it announced new sanctions applicable to the Islamic Revolutionary Guard Corps, the Basij Resistance Force, Iran's Law Enforcement Forces and its commander, Ismail Ahmadi Moghadam. The sanctions freeze any of the targets' assets under U.S. jurisdiction and bar U.S. persons and institutions from dealing with them.

-- On November 21 the United States named Iran as an area of "primary money laundering concern," a step designed to dissuade non-U.S. banks from dealing with it. The United States also blacklisted 11 entities suspected of aiding its nuclear programs; and expanded sanctions to target companies that aid its oil and petrochemical industries.

BRITAIN: On November 21, in a coordinated action with the United States and Canada, Britain ordered all British financial institutions to stop doing business with their Iranian counterparts, including the Iranian central bank. The sanctions were in response to a November 8 IAEA report which said Iran has worked on developing a nuclear weapon design.

CANADA: Canada announced on November 21 it would immediately ban the export to Iran of all goods used in the petrochemical, oil and gas industry, as part of an international sanctions package, the government said.

SWITZERLAND: Added five people and 111 organizations to its list of Iranian entities under sanction on November 18. Earlier sanctions included a ban on certain financial transactions and Swiss companies selling or delivering so-called dual use goods.

-- The first covered sensitive nuclear materials and froze the assets of Iranian individuals and companies linked with the nuclear program.

-- The second included new arms and financial sanctions. It extended an asset freeze to 28 more groups, companies and individuals engaged in or supporting sensitive nuclear work or the development of ballistic missiles.

-- The third increased travel and financial curbs on individuals and companies. It expanded a partial ban on trade in items with both civilian and military uses to cover sales of all such technology to Iran. In September 2008, the Security Council unanimously adopted a resolution again ordering Iran to halt enrichment. Iran again disregarded the order.

-- A Security Council resolution passed on June 9, 2010, called for measures against new Iranian banks abroad if a connection to the nuclear or missile programs was suspected.

-- It expanded a U.N. arms embargo against Tehran and blacklisted three firms controlled by IRISL and 15 belonging to the Islamic Revolutionary Guard Corps. The resolution called for setting up a cargo inspection regime.

-- Annexed to the draft resolution was a list of 40 companies to be added to an existing U.N. blacklist of firms.