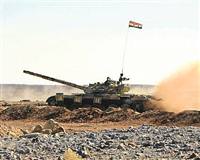 Syrian troops on the Turkish border opened fire in sustained bursts on Wednesday, residents of Turkish villages close to the frontier said, a day after Syrian authorities said they had repelled an armed incursion from Turkey.

Rebel soldiers said their Free Syrian Army, some of whose officers are based in Turkey, had clashed on Tuesday with Syrian government troops near the Turkish frontier, but they denied their forces had moved into Syria from Turkey, whose government has denounced its former ally, Syrian President Bashar al-Assad.

"We heard heavy gunfire," Abu Fahd, a villager in the Turkish border village of Guvecci stated, adding that it came from the Syrian side of the frontier. "The rattle and sounds were heard until early dawn."

Another man in the village, Abu Yousef, said he saw firing coming from Syrian army positions and believed they had been aiming at people trying to cross the border: "The Syrians were firing close to the border from sniper posts on the hillside."

Relations between once close allies Syria and Turkey have soured since Assad began using force in March to suppress protests against his family's four-decade rule. Turkey, which fears a civil war in Syria, has said a buffer zone may be required on its 900-km (550-mile) border with Syria if the violence causes a mass exodus from Syrian towns.

On Tuesday, the official Syrian news agency SANA said Syrian border guards blocked an incursion from Turkey by about 35 "armed terrorists" - language the Damascus government commonly uses to describe Syrians who have taken up arms against Assad.

SANA said some of the enemy wounded escaped over the border and were treated by the Turkish army. Officials in Ankara declined public comment. One Turkish diplomatic source said the SANA report was inaccurate and added that it was not Ankara's policy to "send military personnel to other countries".

An officer of the Free Syrian Army said a rebel force attacked a Syrian police station near the border on Tuesday, sparking heavy clashes. Speaking on condition of anonymity, he said the fighters had mounted the assault from within Syria and had not come across from Turkey. However, several of those wounded in the action were later taken to hospitals in Turkey.

"There was heavy shooting in Ain al-Baida with the army shelling homes in retaliation for an operation conducted by Free Army elements operating in the area against security forces. I can confirm several people were wounded and smuggled and taken to hospitals on the Turkish side," said the officer.

But he added: "These are Free Army forces that have never operated inside Turkey and are not coming from Turkey."

Another Syrian army defector who was aware of the incident said at least three men wounded in the clashes had been taken over into Turkey: "The Turks don't turn anyone away," he said.

Muslim NATO member Turkey was once one of Syria's closest regional allies. But Prime Minister Recep Tayyip Erdoğan has now bluntly told Assad he should quit.