'If you are sincere, then punish those responsible’ 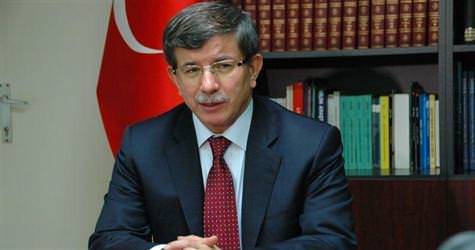 Noting that Turkey is the country to have exerted the most effort in order to ensure the Syrian administration does not attack its own people, Foreign Affairs Minister Ahmet Davutoğlu states, “If Assad is sincere, he needs to punish those responsible.”

Speaking on the developments in Syria, Foreign Affairs Minister Ahmet Davutoğlu stated that the criticism on the current foreign policy is not accurate and in fact Turkey is the country that has exerted the most effort in regards to Syria. Davutoğlu stated that Syrian State Leader Bashar Assad still has options. "If he is sincere, then what he needs to do is simple. He must track down those responsible and punish them. Instead of throwing those who exit the Friday prayer in jail, he needs to be throwing these murderers in jail."
'NO MILITARY INTERVENTION'
Foreign Minister Ahmet Davutoğlu said on Friday his country had no desire to interfere in Syria's internal affairs, but that it could not stand by if security in the region was put at risk. "Turkey has no desire to interfere in anyone's internal affairs but if a risk to regional security arises then we do not have the luxury of standing by and looking on," Davutoğlu told reporters in the Turkish capital, referring to Syria. Davutoğlu said Turkey had a "responsibility" and the "authority" to tell Damascus: 'enough' if it was putting Turkey's security at risk by fighting its own people and forcing people to flee the country.
Davutoğlu called on Assad to accept an Arab League demand to send in independent observers. "This is our argument together with the Arab League: if you do not want outside intervention, let a committee from the Arab League come in and observe," he said. "If there are terrorist actions, if there are rebellious actions then let them report those, but if there is a peaceful demonstration let them also witness that. If he has nothing to hide then he must say 'yes' to this."