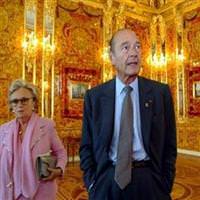 A judge declared French former president Jacques Chirac guilty on Thursday of misusing public funds, in a political graft trial that made history by producing the first conviction of a head of state since Nazi collaborator Marshal Philippe Petain in 1945.

In the absence of the 79-year-old who ruled from 1995 until 2007, the judge declared Chirac guilty and handed down a suspended two-year jail sentence.

Chirac was tried on charges of diverting public money into phantom jobs for political cronies while he was mayor of Paris between 1977 and 1995, a time when he built a new centre-right Gaullist party that launched his successful presidential bid.

In theory, Chirac, excused from much of the proceedings on the grounds of failing memory, could have been sent to jail for 10 years, the maximum sentence for the charges against him.