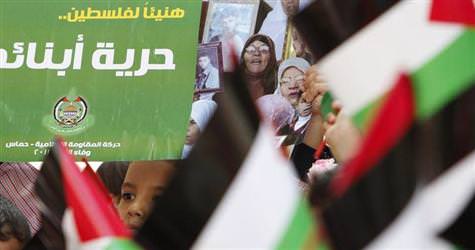 Israel began preparations on Thursday to release 550 Palestinian prisoners in the second stage of a deal with Hamas that brought home soldier Gilad Shalit after five years of captivity in the Gaza Strip.

Israel's Prisons Service posted on its website the list of prisoners whose jail terms are to be cut and a spokeswoman said they would be assembled in two jails prior to release on Sunday.

Israeli citizens have 48 hours to contest the releases in court, though historically the judiciary has chosen not to intervene in prisoner exchanges which it views as a political decision.

In the first stage of the Egyptian-mediated prisoner exchange, the most lopsided in Israel's history, 450 Palestinians were released on October 18 in return for Shalit.

While many of those freed in the first phase of the deal were serving life sentences for deadly attacks, none of the prisoners to be released in the second stage was convicted of killings. Their terms ranged from a few months to 18 years.

Shalit was abducted in June 2006 by militants who tunneled into Israel from the Gaza Strip and surprised his tank crew, killing two of his comrades. He was held incommunicado in the Hamas-ruled territory and huge majority of Israelis backed the deal to bring him home.

The Prisons Service said nearly all the Palestinians to be released on Sunday -- whose convictions include attempted murder, planting bombs and membership in militant groups -- come from the West Bank where Hamas's rival, the Fatah movement of Western-backed President Mahmoud Abbas, is dominant.