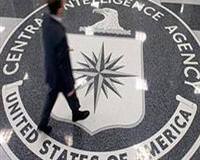 Iranian authorities said on Saturday they had arrested an Iranian caught spying for the United States, the Islamic Republic's latest claim of success in a spying war with Washington.

State TV quoted the Intelligence Ministry as saying the arrested person had received training at U.S. bases in neighboring Afghanistan and Iraq and was meant to feed false information to Iranian intelligence.

"This CIA agent of Iranian nationality began his mission after receiving training in weapons use," the ministry said in a statement quoted on television.

"But he was identified by Iranian intelligence agents and his espionage missions were revealed."

He was supposed to launch his mission from Bagram base in Afghanistan, the intelligence ministry report said, but Iranian intelligence agents helped him enter Iran and later arrested him.

Current and former U.S. officials told Reuters in November that Iran had succeeded in uncovering the identities of several CIA informants.

Iran said in May it had arrested 30 people on suspicion of spying for the United States and last Tuesday 15 people were indicted for spying for Washington and Israel. Spying in Iran can be punishable by death.

On December 4, Iran announced it had downed a U.S. spy plane in the eastern part of the country, near Afghanistan. It has since shown the plane on television and said it is close to cracking its technological secrets.

The United States is leading diplomatic efforts to tighten sanctions on Iran which it accuses of seeking nuclear weapons, a charge Tehran denies. Washington and Israel say they do not rule out making strikes on Iran's nuclear sites.