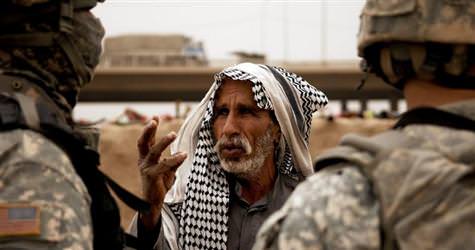 The number of civilians killed in violence in Iraq rose slightly in 2011 from the previous year, as daily bombings and attacks continued to claim victims almost nine years after the overthrow of Saddam Hussein, a study showed on Monday.

That took the number of civilian deaths recorded since the 2003 U.S.-led invasion that toppled Saddam and unleashed a sectarian conflict to more than 114,000.

"The number of civilian deaths in Iraq in 2011 was almost at the same level as in 2010 - there has now been no noticeable downward trend since mid-2009," IBC said in a statement.

"Time will tell whether the withdrawal of U.S. forces will have an effect on casualty levels."

The last U.S. troops left Iraq on December 18, leaving the country ruled by a fragile unity government, made up of parties allied to different sectarian groups.

Hours after the exit, Iraq's Shi'ite Muslim Prime Minister Nuri al-Maliki sparked the worst political crisis in a year by announcing an arrest warrant for the Sunni vice president on charges he led death squads.

Overall violence has decreased since the invasion - although the figures from Iraq Body Count show a halt in that decline since 2009.

At least 53 people were killed in March 2011 when gunmen laid siege to a provincial council headquarters in Saddam's hometown of Tikrit. A wave of attacks across cities in Iraq killed around 70 people in August.

The worst attack of 2011 occurred on December 22 when bombings hit mainly Shi'ite areas in Baghdad, killing at least 72 people and wounding more than 200 others.

IBC's numbers are higher than those provided by the Iraqi government, which put the number of civilians killed in violence in 2011 at 1,578, according to monthly data from the Health Ministry.

The group's full report can be viewed at www.iraqbodycount.org/analysis/numbers/2011/.