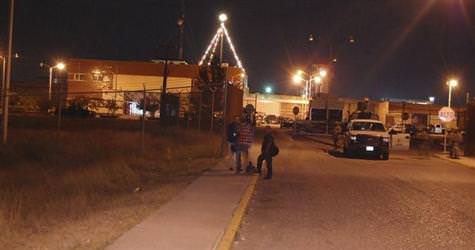 A fight between rival gangs inside a prison in northern Mexico left 31 inmates dead in the latest violence to erupt inside the country's overcrowded jails, local officials said on Wednesday.

Thirteen other inmates were wounded, the state government said.

Powerful drug cartels are fighting for control of smuggling routes along the U.S.-Mexico border and rivalries often spread into the prison system, where prisoners held on federal drug charges are mixed with common criminals.

Last October, twenty died in a prison fight at another jail in Tamaulipas and in July, 17 inmates were killed in Ciudad Juarez, Mexico's most violent city, across from El Paso, Texas.

More than 46,000 people have died in Mexico in the past five years since President Felipe Calderon launched a frontal attack on drug gangs. Packed and inefficient prisons often suffer from corruption and mass escapes.

Violence exploded in Tamaulipas state after the Zetas gang broke away from the Gulf cartel and began battling their former employers for turf.