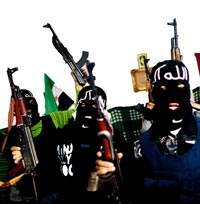 The violence the Syrian regime is subjecting their public to is resulting in an increasing number of defectors from the Syrian armed forces. With the inclusion of four more generals to desert the Syrian army, the total number of high-ranking officers seeking shelter in Turkey has risen to six.

While the intensity of violence exerted on the opposition by the Syrian State Leader Bashar Assad's administration increases, so does the number of military members that are fleeing the Syrian armed forces. According to information obtained, yesterday four generals, two colonels, a lieutenant colonel and a number of officers defected the Syrian army to seek refuge in Turkey. Due to security measures, the identities of the defectors have remained confidential. Including the two generals that fled to Turkey prior, at present there is a total number of six high-level military defectors currently in Turkey.

The Assad regime has supposedly harassed the remaining family members in Syria of Mustafa Sheikh, the first brigadier general to defect from the Syrian military and seek shelter in Turkey. As a result, the decision was reached to not announce the identities of any of the defectors that come to Turkey. The defectors in Turkey are joining ranks with the Supreme Syrian Military Council in order to be involved in the uprising, meanwhile another high-level officer has remained in Syria in order to provide communication within the military.

Once news surfaced of the Syrian military officials' defections, Hatay's Reyhanlı District Governor held a press conference in which he affirmed that 234 Syrians, including a number of high-level officers had arrived to Turkey. Güler explained that a high number of Syrians were seeking refuge in Turkey due to the chaos in their nation and over the past few days they have been placed in tent cities set up in Reyhanlı.
Sunni soldiers confined to barracks

Sources say that Syrian State Leader Bashar Assad's concern he may be toppled through a military coup has become an obsession. Speaking to France's Le Figaro newspaper, a local source stated that due to Assad's fear of a coup, the Sunni military members of Syria's armed forces have been confined to the barracks.

According to the newspaper article the soldiers that are attempting to contain the uprising on the streets are either Alevi or hired soldiers. Supposedly, Sunni soldiers' weapons have been relinquished and their tanks are no longer fueled. Another obsessive concern of Assad's is the current majority of Sunni officers in the Air Forces.

The air forces, which is made up of a higher number of Sunni officers compared to the land and naval forces, is no longer being supplied fuel. The newspaper also wrote that Assad is considering forming an army consisting entirely of Alevi soldiers.

Syria's army continued to stage operations against the opposition yesterday. According to sources from the opposition, 62 people were killed throughout the country yesterday. In conflicts that erupted in Homs and in surrounding areas 25 people lost their lives, while the remaining death toll was incurred from other areas throughout Syria. A number of blockades were staged on mosques following the Friday prayer ceremony.

According to the information obtained, a number of families from Syria's Armenian community have also begun to flee Syria due to the uprising which has persisted for a year now. According to an article from the French Nouvelles d'Armenie newspaper, the first procession of Armenians to flee their homes in Aleppo and Damascus have made their way to Armenia. There are approximately 100,000 Armenians in Turkey.