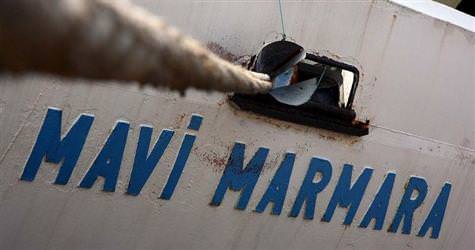 Instead of issuing an apology for savagely slaying peace activists in international waters, Israel has now decided to develop policies against Turkey in a move that will only further isolate the nation in the region.

Israel's latest move… In reaction to Turkey's judiciary seeking life sentences for four Israeli commanders in connection to the Mavi Marmara aid flotilla raid, which resulted in nine deaths, Israel will now be bringing the so-called 'Armenian genocide', to parliament.

According to Haaretz, Knesset Chair Reuven Rivlin has decided to hold an open to the public discussion on the 'Armenian genocide' this Tuesday.
Meanwhile, the fact that this discussion is to be held the day before Turkey's State Comptroller Department releases their report on the Mavi Marmara raid is also of note. The article in Haaretz points out that the request for said discussion came from a leftist Meretz member Zahava Gal-On and states that the issue will also be brought to the agenda in one of Knesset's committees in the future.
Haaretz writes, "Throughout the years, the government and the Knesset have refrained from discussing the subject in fear of harming relations between Israel and Turkey.
Over the last three years, determination has developed to discuss the murder of roughly one and a half million Armenians by Turkey 97 years ago, mostly because of the deteriorating relations between Israel and Turkey."
The article goes on to state that this will not be the first time the Knesset has mentioned the subject. Last December, the Knesset Education Committee actually held the first open discussion on the matter.