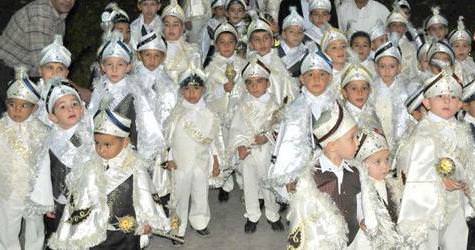 Germany’s Federal Parliament accepted a resolution on Thursday calling for the government to prepare a draft law that would permit circumcision. The resolution was passed by a wide majority with solely a number of members from the Left Party opposing and a few others who abstained.

The move came in response to a ruling made by a court in Cologne prohibiting circumcision on the basis the practice inflicts bodily harm, a decision which resulted in outrage from the nation's Jewish and Muslim communities. To rectify the situation, Germany's Federal Assembly voted on and passed a resolution on Thursday which calls for the government to prepare a draft law to allow the religious practice.

Speaking prior to yesterday's vote, Christian Democratic Union Party (CDU) MP Günter Krings expressed that they wanted to deliver a message to the Jews and Muslims residing in Germany that their lifestyles will not be challenged and that they want circumcision to be allowed under the family's consent, in accordance to medical practices and under anesthesia. "Our legal system has to take into account what is standard practice across the world. We want to send a clear signal to the Jewish and Muslim communities in Germany that their requests are respected," Krings stated also emphasizing his absolute stance against female genital mutilation.

Social Democratic Party (SPD) Parliamentarian Christine Lambrecht stated that the Cologne Court ruling which claims the practice of circumcision inflicts 'bodily harm' has created a sense of insecurity amongst the Jewish and Muslim communities in Germany and therefore there is a need to establish a legal framework.

Lambrecht said that a draft law would send an important signal on religious freedom to the Jews and Muslims residing in Germany and went on to state that she did believe it was correct to prohibit female genital mutilation.

Free Democratic Party (FDP) MP Jörg van Essen states that although the court ruling is not binding, it has resulted in creating a sense of insecurity for people and therefore must be taken seriously. "Parliament has to do its bit to ensure that the religious beliefs of Muslims and Jews are respected," states Essen.

Green Party Federal Assembly Group Secretary-General Volker Beck says that Jewish and Muslim religious beliefs need to be taken seriously as both Islam and Judaism are a part of Germany. Beck also expressed that Germany should not be the only country in the world to forbid circumcision.

The Left's Jens Petermann stated that due to the speed with which the motion was prepared he would be unable to vote affirmatively. Petermann defends the notion that circumcision should be permitted at a certain age in which the child is able to decide for themselves.

The resolution which calls for the legality of circumcision conducted according to medical regulations was prepared by the CDU/CSU union, the ruling Christian Democratic Union and the Christian Social Union of Bavaria, the Free Democratic Party (FDP) and the opposition Social Democratic Party (SDP) and Greens Party.

The Cologne ruling, which came about after a Muslim boy suffered bleeding from a circumcision, states that the practice inflicts 'bodily harm'. The court ban resulted in outrage amongst Germany's Muslim and Jewish communities.