Assad ‘the ghost of Damascus’ 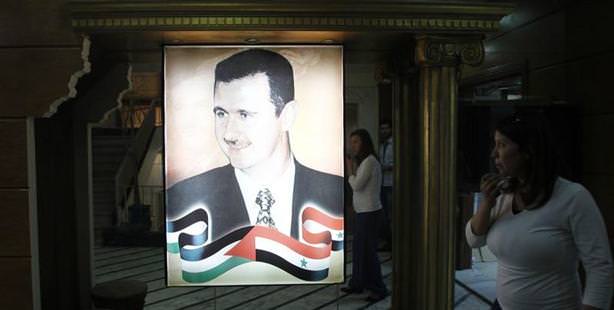 Even Syria’s highest-level officials do not know the whereabouts of President Bashar Assad these days. Assad, who out of concern for his life safety is using special couriers to do his legwork, is now being referred to as “The ghost of Damascus.”

As the Free Syrian Army's influence continues to gain ground each day, a series of interesting news is also surfacing from the Syrian capital. It turns out; Bashar Assad has begun to employ a series of interesting methods in order to not end up with a destiny resembling that of Libya's overthrown leader Muammar Gaddafi. Assad is currently conducting all official business through a series of special couriers. Only a very limited few from the assembly, government and military are able to personally meet with Assad. In addition in order to limit actual contact as much as possible, Assad is now preparing to hand over signing authority to a number of assistants, ministers and military commanders.

According to information obtained by SABAH's intelligence sources, any sort of document needing approval by Assad, is prepared in at least five copies which are then sent by courier to different addresses. When returned, of course only one contains Assad's true signature. With this method, even high-level bureaucrats have no idea of Assad's whereabouts. Meanwhile, amongst the opposition, the Syrian President is now being referred to as "the ghost of Damascus."

EVERYTHING IS READY FOR HIS ESCAPE


This extraordinary security shield system for Assad was set up following the July 18th bombing in Damascus. The attack on the National Security building resulted in the deaths of Syria's Minster of Defense Davud Raciha, Minister of the Interior İbrahim El Şaar, Assad's brother-in-law Asaf Şevket and advisor Hasan Türkmani.

According to Syrian deputy İhlâs Bedevi, who recently crossed into Turkey for shelter, all civilian and military members of the current administration are being closely tracked by Al Mukhabarat. Meanwhile in order to ensure that intelligence personnel do not switch over to the opposition, they themselvesare under close surveillance by the Shabiha, a paramilitary group run by Maher Assad. The Shabiha has also supposedly taken administrators' families under hostage. Therefore, in order to not put their loved ones in danger, these individuals continue to serve the administration and are unable to escape Syria. In addition, in order to ensure Bashar Assad does not face an end similar to Saddam Huseyin or Muammar Gaddafi, a series of escape routes have been established. Both air and sea vessels are being held on standby and their operators and personnel are not allowed contact with the outside world.

This is a translation of an article originally written by Mutlu Çölgeçen.