Angelina brought to tears over Syria 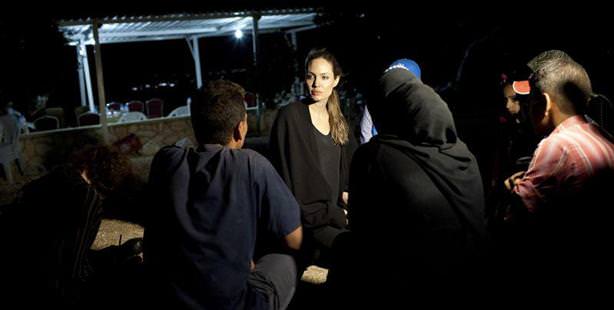 After visiting the refugee camps in Hatay in June, Hollywood star and U.N. Special Envoy Angelina Jolie decided to make a two-day visit to the Zaatari Camp in Jordan as the numbers of refugees coming in from Syria escalated exponentially during the month of August.

As a Special Envoy for the United Nations High Commissioner for Refugees (UNHCR) Jolie paid a visit to the refugee camp set up in Jordan which currently houses almost 30,000 Syrians.

Syrian refugees stuck in a dust-blown camp in Jordan gave gruesome accounts of civilians incinerated in their country's civil war to U.N. special envoy and actress Angelina Jolie on Tuesday, moving her to tears.
"Little children who were asked what they saw described body parts separated and burnt people being pulled apart like chicken. A little 9-year-old girl said that," Jolie told reporters.

Jolie said it was truly painful to not be able to answer why a solution has not been reached up until now to tackle the refugee crisis.