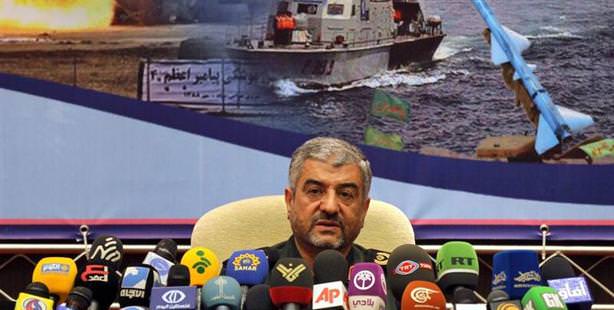 Jafari's statement is the first official acknowledgement that Iran has a military presence on the ground in Syria supporting the Bashar al-Assad regime. "A number of members of the Quds Force are present in Syria but this does not constitute a military presence," stated Jafari. The Quds Force is a special unit of Iran's Army of the Guardians of the Islamic Revolution. Jafari did not indicate how many IRGC members were in Syria but said they were providing "intellectual and advisory help".

Jafari explained that they also have members of the Revolutionary Guards serving as advisors in Lebanon as well as in Syria. Jafari did not release information regarding how many soldiers from the Quds Force were currently in Syria, however he did express that they were '"proud" to support a Syria which resists Israel.

Jafari dismissed Israel's threats of attack on Iran, saying Israel was having trouble persuading the United States to back its actions. "Our answer to Israel is clear. In the face of such actions by the Zionist regime, nothing of Israel would remain," he said. He said any Israeli attack on Iran would also trigger retaliatory action on U.S. bases in the region and that trade via the Strait of Hormuz would be disrupted. An attack on Iran would also call into question Iran's commitment to the nuclear Non-Proliferation Treaty, he said, comments that will cause concern among Western diplomats who want to find a peaceful resolution to Iran's nuclear program and avoid military consequences."If international organizations cannot stop Israel, Iran will not see itself as committed to its obligations. Of course this does not mean that we will go in the direction of a nuclear bomb," said Jafari.

Western countries and Syrian opposition groups have long suspected Iran has troops in Syria. Iran has denied this. Just this month, U.S. officials accused Iraq of facilitating the transfer of weapons to Syria by opening its airspace to Iranian aircraft, yet Baghdad has denied the accusation. Iraqi Vice-President Tariq al-Hashimi claims that Iran is sending weapons to Syria via Iran.

Meanwhile, at least 40 people died in Syria yesterday due to operations staged by the Assad regime's forces.