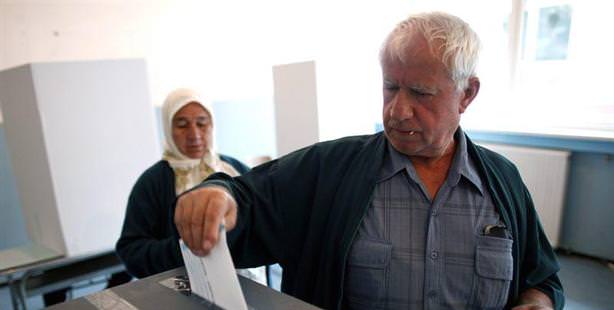 The Party of Democratic Action (SDA), which was founded by the late Alija Izetbegovic, has won the local elections in Bosnia and Herzegovina by taking the vote in 34 municipalities out of a total 125.

Nearly 30,000 candidates from 84 parties and 59 coalitions ran in Sunday's election. Out of the total 3,144,000 registered voters, participation was stated to be low for the local election to select mayors for 125 municipalities. According to the unofficial results, the late Bosnian leader Alija Izetbegović's party SDA came in first in 34 municipalities, including Novi Grad, Ilidza, Zenica, Bihac and Travnik.

Meanwhile, the Serbian Democratic Party (SDS), once led by Radovan Karadzic, the former political leader of the Bosnian Serbs who faced trial at the International Court of Justice in The Hague for war crimes, was second after winning 27 municipalities. The Alliance of Independent Social Democrats (SNSD), led by Milorad Dodik, the President of Republika Srpska, ranked third, winning 15 municipalities. SNSD had previously had 41 municipalities.

It is still unclear who won the vote for mayor of Srebrenica, the eastern town where in July of 1995, 8,000 Muslim men and boys were killed and the rest of the Muslim population were expelled. New electoral rules have lifted the right for the Muslims who escaped the town in the massacre to vote. Accordingly, the votes of the 14,000 registered voters in Srebrenica may be nearly divided in half.

SDA CELEBRATES WITH CAKE IN THE CAPITAL

SDA leader Sulejman Tihic celebrated the victory with Bakir Izetbegović, head of the Presidential Council, and his supporters in the capital, Sarajevo.