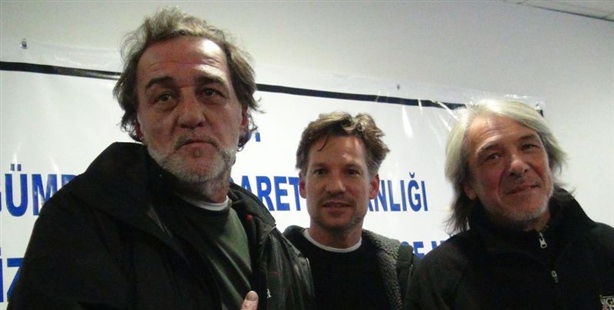 An NBC news team was freed in Syria during a firefight at an Islamic rebel checkpoint five days after being ambushed and kidnapped by 15 heavily armed gunmen.

Five days ago, the journalists were abducted by a government-loyalist militia who had been trained by Iran's Revolutionary Guards. The three were kidnapped when they were driving with anti-Assad rebels in a rebel-controlled area, Engel, an American, told NBC's "Today" program from Antakya, Turkey.

A group of about 15 heavily armed men wearing ski masks "jumped out of the trees and bushes on the side of the road," seized the three and put them in a container truck, Engel said. The gunmen "executed" one of the rebels escorting the news team, "Then they took us to a series of safe houses and interrogation places, and they kept us blindfolded, bound," he said.

Their ordeal ended when their captors, who frequently moved them bound and blindfolded between safe houses, on Monday night unexpectedly drove into a checkpoint set up by an Islamist rebel group. Two of their kidnappers were killed in the ensuing firefight, and the three spent the night with the Islamist rebels, Engel told the network.

Meanwhile, Ammar Sheikh, a German journalist of Syrian heritage has also arrived to Turkey's Cilvegözü Border Gate after being held captive for five days by a group loyal to Assad's forces and subsequently released by rebels. Sheikh says he was subjected to psychological torture during his abduction.